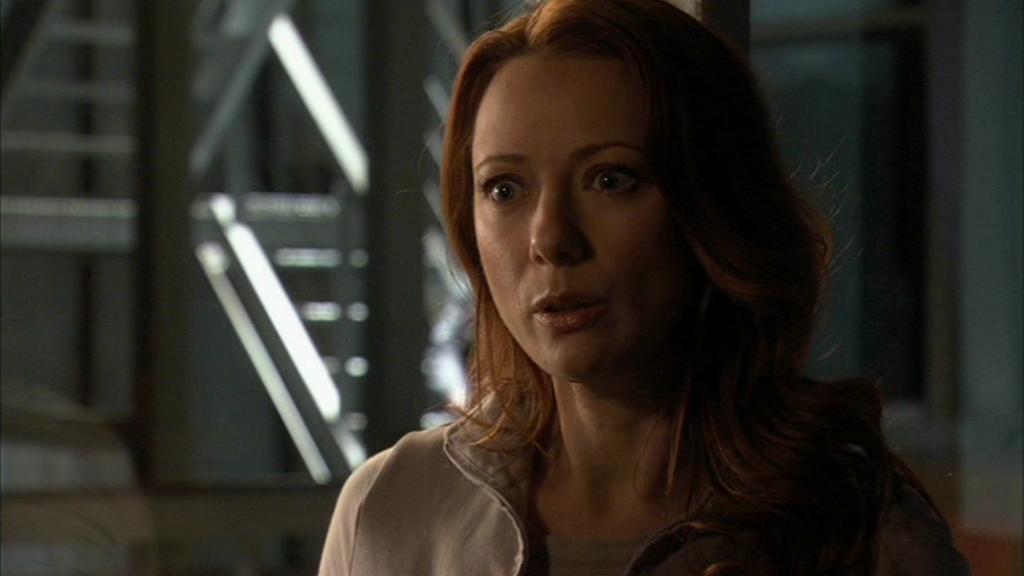 Psychologist assigned to the Atlantis expedition during its initial trip into the Pegasus Galaxy. Prior to the expedition Dr. Heightmeyer had spent some time as a couple's therapist. She has her own office on one of the piers of the city, where she conducted counseling sessions with the members of the expedition.

Heightmeyer counseled Rodney McKay for a time, but specific reasons for these sessions are not known. McKay implied that he was seeing the psychologist on a personal level. She was also called upon when Teyla Emmagan began experiencing nightmares about the Wraith.

Dr. Heightmeyer's expertise was later required when McKay and Lieutenant Laura Cadman's minds were merged within McKay's body following an encounter with a Wraith Dart and its culling beam. She helped Cadman learn how to interact through McKay's body, utilizing his voice and motor controls. This newly-acquired freedom would eventually force Cadman and McKay back into a session with Heightmeyer, as Cadman would take her control of McKay's body too far.

After John Sheppard touched a glowing crystal on M3X-387 an alien life-form entered him and was brought back to Atlantis. It traveled from person to person by physical contact and caused horrifying nightmares, then seemed to feed off the victim's fear. When it entered Kate, however, the shock of falling to her death in her dream killed her in her sleep.

The Gift - Dr. Heightmeyer helped Teyla work through her feelings toward the Wraith, and the unusual nightmares she has been having.
Duet - Heightmeyer is called to help Rodney McKay sort out a woman's presence inside his mind.
Doppelganger - Kate Heightmeyer is killed by the shock of falling in an alien-induced nightmare.