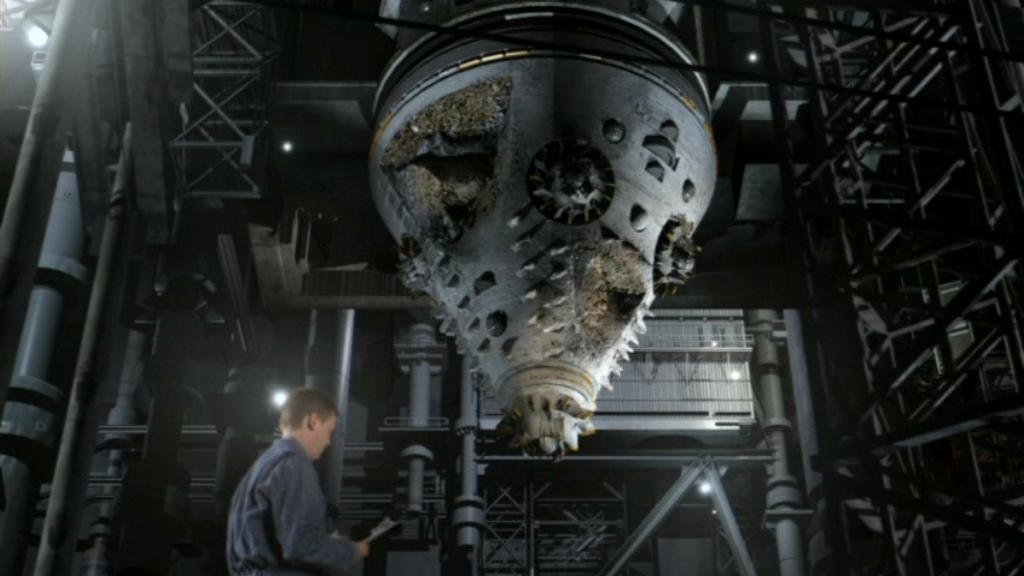 Deep Underground Excavation Vehicle, a vessel developed by the Kelownans of the planet Langara, capable of digging miles below the surface of a planet. The D.U.E.V. was designed by Jonas Quinn and Kianna Cyr. The project took two and a half years to build at the expense of half the Kelownan annual research budget. Fore and aft sections were outfitted with titanium cutter heads augmented by tunnel-forming Tok'ra crystals. Each cutter head can withstand or apply up to 50 metric tons traveling at a maximum cruising speed of 80 meters per hour.

The original purpose of the device was to mine naquadria. Neighboring nations Terrania and the Andari Federation were unaware of its construction until their planet was rocked by massive earthquakes, denoting a disturbance of unstable naquadria deep underground. Along with Samantha Carter and Teal'c, Quinn and the Goa'uld-possessed Cyr journeyed deep beneath the surface of Kelowna in the excavator and successfully planted a bomb to prevent the spread of the chain-reaction that was creating the unstable vein of naquadria. They returned to the surface with no loss of life other than the Goa'uld symbiote.