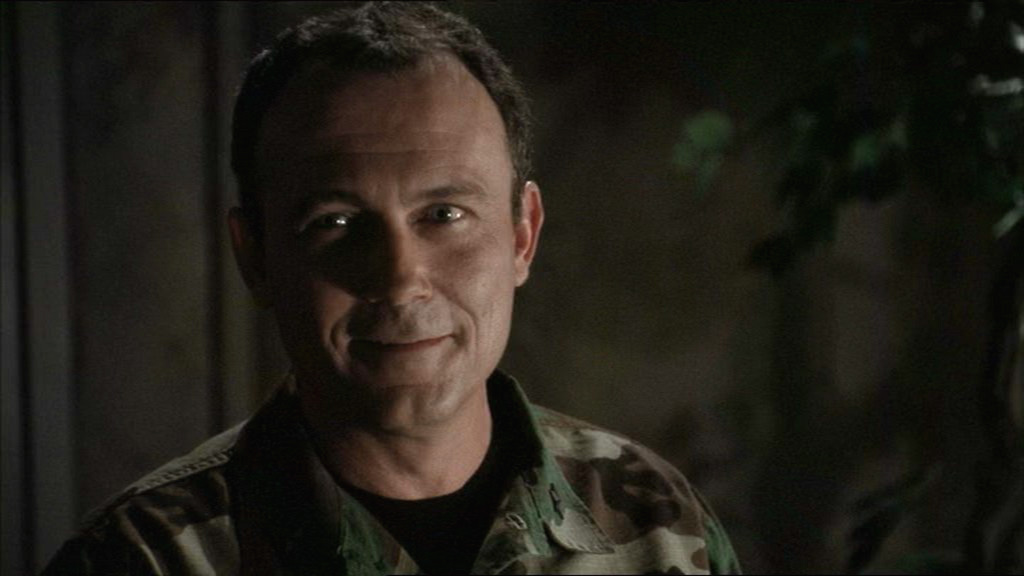 A general in the United States Air Force, Kerrigan served in a command position at the Air Force Academy. He is personally acquainted with Samantha Carter, apparently since her days as a student there.

Kerrigan did not initially have clearance to know about the top-secret Stargate program. But when the S.G.C. began recruiting graduating cadets for service, Kerrigan was brought into the loop. He works with Stargate Command for annual training scenarios, designed to test young cadets' ability to "think outside the box" -- testing their qualifications for service at the S.G.C.

Prodigy - Carter visits with General Kerrigan during a guest lecture trip to the Air Force Academy, and is encouraged to help Cadet Jennifer Hailey fall in line.
Proving Ground - Kerrigan and Hammond observe SG-1's test of a team of young cadets from a control room at the S.G.C., where the recruits are convinced aliens have taken over.