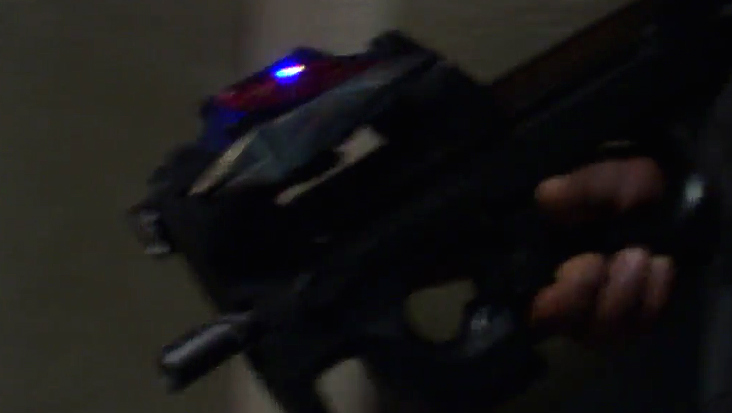 Only known energy weapon capable of disabling a Kull warrior, Anubis's genetically-engineered super-soldier. The technology may be mounted on a number of different projectile weapons, including a Goa'uld transphase eradication rod (T.E.R., used as a prototype for the Kull disruptor) and an Earth-made P-90. In some cases, such as that of the P-90, the user may fire both standard rounds and the blue Kull disruptor blasts simultaneously. The disruptor modification can be recognized by the presence of a multi-color, oscillating light on the device.

The disruptor technology is based on the same Ancient healing device that the Goa'uld used to animate the super-soldiers. Daniel Jackson and Bill Lee located the original Ancient device in Central America, allowing Earth and the Tok'ra to develop the disruptor weapon. The project was led by Jacob and Samantha Carter, who were barely able to complete the new technology before the Kull warriors stormed the research lab.

The prototype weapon was only partially effective, usually requiring at least two shots to bring down one of the super-soldiers.

Death Knell - Using the Ancient healing device, Jacob and Sam develop the first weapon capable of stopping the Kull warriors -- and just in time, as Anubis's forces attack the Alpha Site.
Lost City, Part 2 - SG-1 uses special P-90s mounted with Kull disruptors to fight off the warriors at the Ancients' Antarctic base.
Avatar - During a VR simulation of a Kull invasion of Stargate Command, Teal'c and other base personnel use Kull disruptor-equipped P-90s to defend the base.