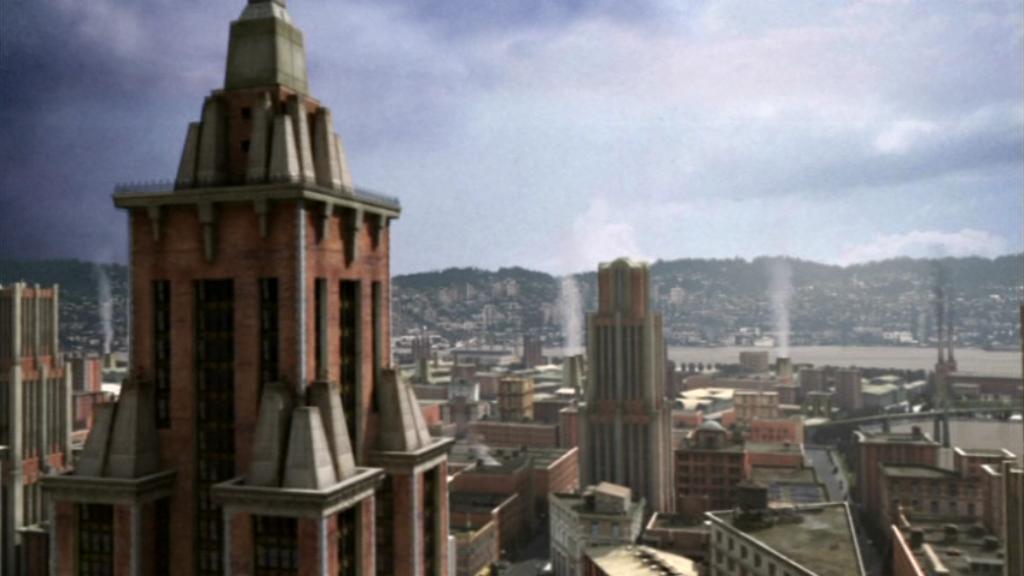 Plagued by international strife, Langara is home to three rival nations currently living under a tenuous peace: Kelowna, Terrania, and the Andari Federation. Kelowna is the continent that is home to the Stargate. These three nations have been at war with one another for generations, but a Goa'uld attack prompted them to work toward internal peace. Langara is under the collective administration of the Joint Ruling Council. It is the homeworld of Jonas Quinn, a Kelownan who served on SG-1 for one year.

Langara is a planet heavy into its own industrial revolution, and is approximately at the development level of the United States in the mid-twentieth century. Recently the Kelownan nation unearthed the Stargate, and with it a powerful and volatile naquadah derivative known as naquadria. They eventually learned of its explosive power, and launched a program to develop a naquadria bomb -- easily capable of wiping out their enemies. Kelowna had once been occupied by a Goa'uld, Thanos, who tried the same experiment some 3,000 years ago and nearly destroyed the planet.

The Kelownan nation is governed by a First Minister (equivalent to a president). It is not known what organizational body governs the other nations, beyond the Joint Ruling Council (a sort of United Nations).

Eventually diplomatic negotiations between the three nations failed, as Terrania and the Andari Federation conspired to unite against Kelowna. The Kelownan government decided to use the naquadria bomb in a pre-emptive strike, setting the destructive force upon its neighbors. It was only then that the other sides agreed to return to the bargaining table -- but not before the Goa'uld Anubis arrived to harvest Kelowna's supply of naquadria and enslave its people.

Anubis executed the Kelownan First Minister, Velis, and sent his troops to occupy the capital city, seizing the nation's entire supply of naquadria. It wasn't until the arrival of the newly-formed United Alliance of the System Lords that Anubis was defeated. Following the aftermath of the Goa'uld encounter, the three nations agreed to meet for peace talks to resolve their differences for the greater good of the planet.

The planet was only recently named "Langara" by the Joint Ruling Council, as the word has its roots in an ancient language common to all three peoples. Despite the Langarans' lack of technological sophistication, the people continue to be an important ally with Earth.

Meridian - SG-1 journeys to Kelowna, where they discover the powerful mineral naquadria in the hands of the primitive, and all-too-eager, Kelownan people.
Shadow Play - Kelownan representatives arrive at the S.G.C. to request military aid against their rival nations, who are eager to wipe the Kelownan nation from the planet.
Homecoming - Kelowna is invaded by Anubis's forces, eager to harvest all naquadria in their possession. When SG-1 and the System Lords help ward off the attack, the three rival nations finally begin to work together, and Jonas Quinn returns home.
Fallout - The S.G.C. learns that Kelowna has been renamed Langara, and help Jonas prevent the destruction of the planet due to a volatile underground vein of naquadria.
Counterstrike - Sam Carter reports that the planet Langara has fallen to the Ori, who have invaded the Milky Way Galaxy.
Seizure - Destiny's crew use communication stones to surreptitiously take control of the Langaran Stargate facility after their allies refuse to put their planet at risk by dialing the 9-chevron address.