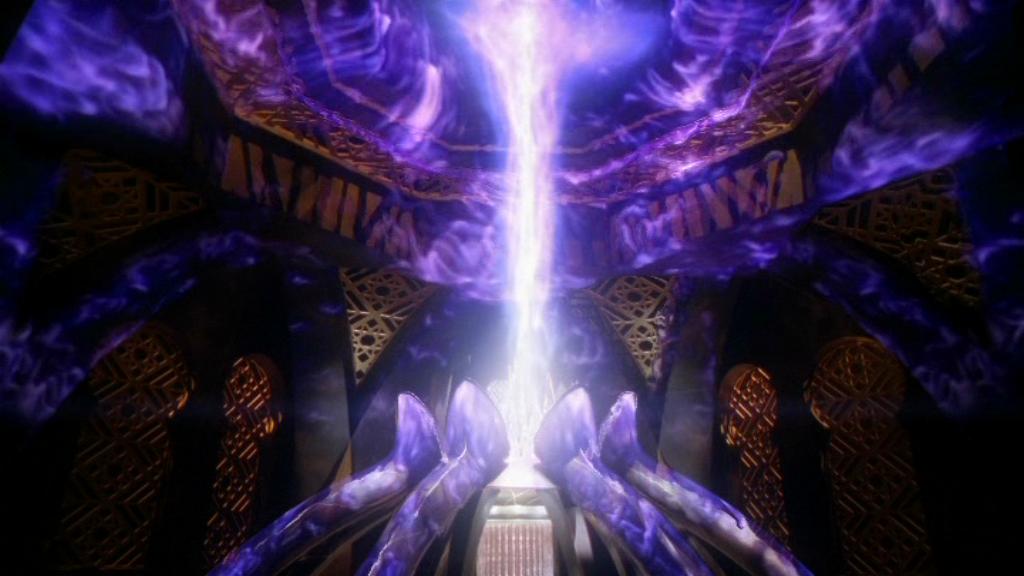 Powerfully addictive device of Goa'uld design which emits a liquid-like flow of light, found on P4X-347. Many believe it defies all beauty. When activated, those who see it are attracted to the emitting point of the device where they can lose all sense of time in the gaze, standing in the same position for hours before realizing time has past.

It is believed the structure in which the light emitter is stored used to be a Goa'uld "opium den." Goa'uld servants would have to continually bring nourishment to their gods who were occupied by the device, as anyone in its presence would be turned over to its control.

The light emitter causes serious suicidal side-effects when neglected without coming down steadily from its narcotic emissions. It can be deactivated by a remote, which can only work within a relative proximity of the device.

A panel beneath the upper mount of the device can lower to incrementally reduce the settings of the light emitter. Within two to three weeks one is free to leave the planet with no ill effects.

The Light - Hoping to determine what happened to a previous SG unit, SG-1 travels to a world where a beautiful device is causing those who view it to steadily go insane.