For other uses of this name, see Lindsay (disambiguation) 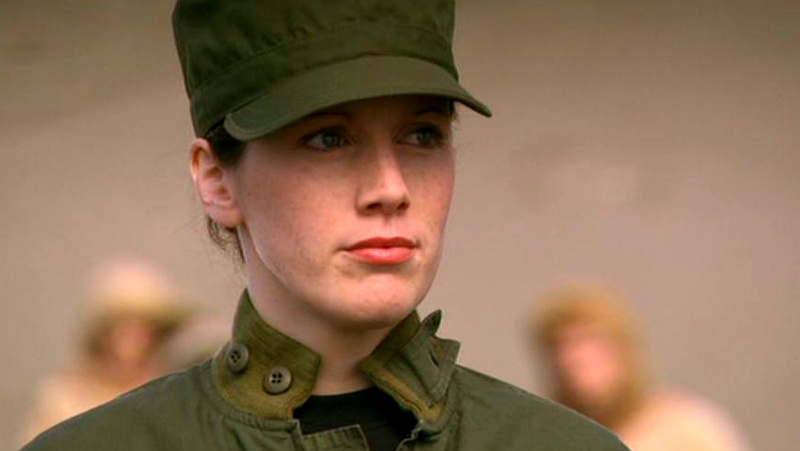 Doctor of anthropology originally assigned to Stargate Command before moving to the Atlantis base in the Pegasus Galaxy.

After losing a spot on the newly recommissioned SG-1 team, Dr. Lindsay worked with the human population of P3X-421 following the loss of their former Goa'uld master. Lindsay was present on the planet when an Ori Prior arrived and began to preach from the Book of Origin. She made contact with Earth and requested a team be sent to assess the situation.

After being reassigned to Atlantis, Dr. Lindsay found herself on a team led by Major Lorne.

Avalon, Part 1 - Dr. Lindsay tries out for Cameron Mitchell's SG-1 team, but is rejected.
Origin - Lindsay reports back to Earth regarding a mysterious visitor on P3X-421.
Coup D'etat - Following an attack on her team from Atlantis, Lindsay leads Colonel Sheppard's team back to the planet where she believes their people may have died.