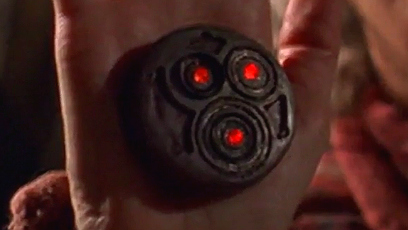 Small device which appears like a stone with three small lights, used by Linea (and perhaps engineered by her as well). The weapon is capable of suffocating and killing people at great distances, as well as rendering people unconscious.

Prisoners - Linea uses her hand device on Vishnoor as the man tries to kill Daniel, and then later uses it on Carter as the Destroyer of Worlds makes her escape.