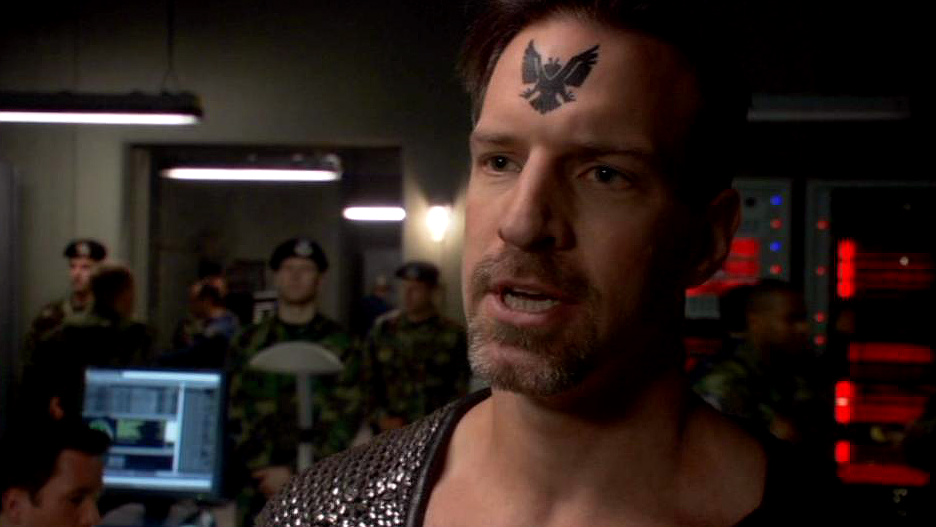 A leader in the Jaffa resistance movement, M'zel is a stoic and thoughtful warrior. He was present at Earth's second Alpha Site when it was attacked by the forces of Anubis. Along with a handful of Jaffa, Tok'ra and S.G.C. personnel, M'zel failed to escape through the gate to the Beta site, and instead hid from Anubis's forces in the woods.

After they were rescued and brought to Stargate Command, M'zel was questioned by General Hammond regarding the compromise of the secret off-world base. M'zel suggested that Earth's allies the Tok'ra have not been forthcoming in their information about covert operations, and insisted that they have a spy within the ranks of the System Lord Olokun. He also told Hammond that the rebel Jaffa sent warriors to try and kill Olokun, hoping that his Jaffa would join their cause when their Goa'uld master was dead -- an act the Jaffa had hoped in vain that the Tok'ra spy would carry out.

M'zel has strong beliefs about a Jaffa's right to make the choice of freedom for himself. He himself was once in the service of Heru'ur, and was one of the many absorbed into Apophis's great army when Apophis destroyed Heru'ur. When Apophis was killed and another Goa'uld did not claim the right to his service, M'zel eventually joined the young Jaffa Resistance.

Because of the Jaffa's uneasy relationship with the Tok'ra, their fear of replacing one master (the Goa'uld) with another (the Tau'ri), and their desire to create a resistance movement that can stand on its own two feet before relying on allies, M'zel led the Jaffa in withdrawing from the Alpha Site and the alliance with Earth ... for the time being. He later joined Teal'c in confronting a Tok'ra operative when millions of Jaffa were killed by symbiote poison, but fell victim to the deadly substance himself when the planet was attacked by agents of the Trust.

Death Knell - M'zel is questioned regarding the attack on the Alpha Site, and finally leads the Jaffa in withdrawing from the Earth-Tok'ra-Jaffa alliance.
Endgame - When millions of Jaffa are killed by symbiote poison, M'Zel and Teal'c confront a Tok'ra operative -- and M'Zel is killed when the Trust launches an poison attack on the planet.