For other uses of this name, see MacKenzie (disambiguation) 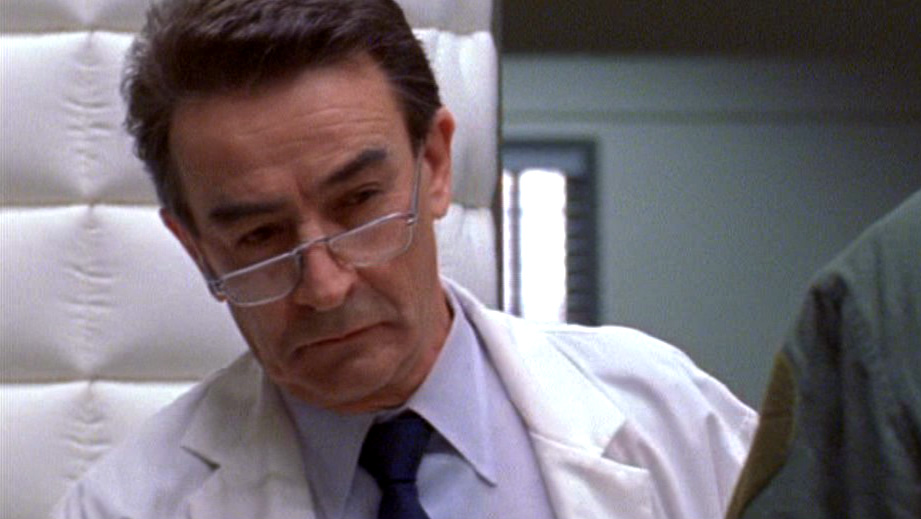 A skilled psychiatric doctor, MacKenzie has come to the aid of the S.G.C. on several occasions. He is usually called in under less-than-pleasant circumstances, but his presence is required none the less.

Though Dr. MacKenzie is the S.G.C.'s primary psychiatric specialist and has full clearance to the Stargate program, he does not keep an office at Stargate Command. Instead, he is based at a local area hospital.

Fire and Water - MacKenzie is called to the S.G.C. to help SG-1 get over the loss of Daniel Jackson. With his help, however, they discover he is still alive.
Legacy - MacKenzie arrives at the S.G.C. to diagnose Daniel Jackson, who he believes has gone insane due to Stargate travel. MacKenzie presides over Daniel's treatment at a nearby hospital.
Threshold - MacKenzie is called upon to help Teal'c restore his identity after Apophis brainwashes him. Teal'c deceives MacKenzie into believing he is cured.
Lifeboat - Janet Fraiser reports that Dr. MacKenzie has been consulted on Daniel Jackson's case, and believes Daniel may be holding up to 12 distinct Talthun consciousnesses.