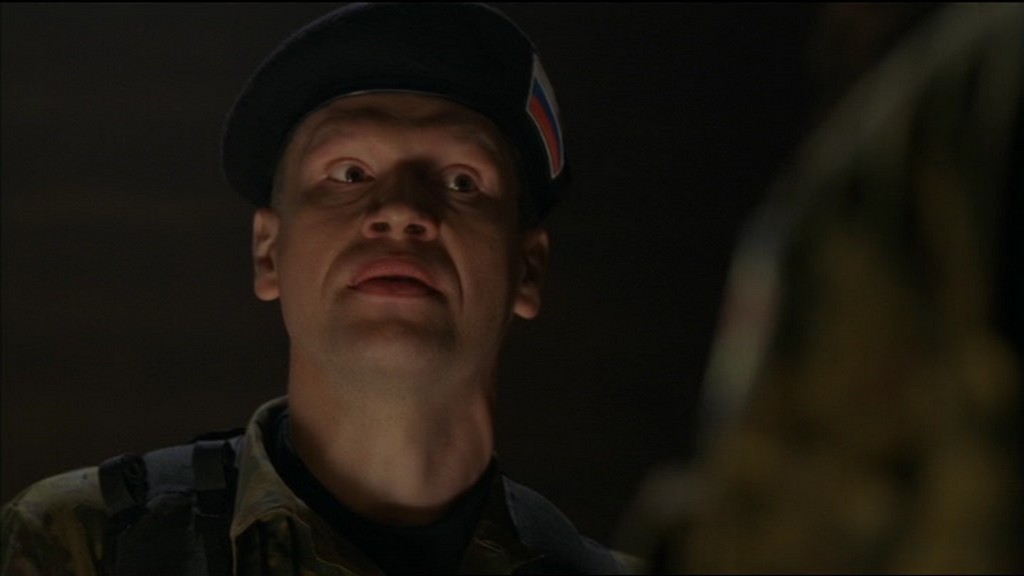 The villainous Goa'uld Marduk was imprisoned inside a sarcophagus for thousands of years by his own priests, because he was so evil that even his own followers found his behavior abhorrent.

In ancient Babylonian mythology, Marduk defeated the beast Tiamat and split it in two, creating the Earth and the sky. He possessed something called the "Eye of Tiamat," which was said to give him magical powers. In reality, he was a Goa'uld -- so wicked, in fact, that his own priests eventually rebelled against him. They sealed him inside a sarcophagus with a creature that would continually consume his flesh as the sarcophagus worked to keep him alive.

But Marduk would not go so easily. He left his host and took possession of the creature, surviving in the sarcophagus for thousands of years. When a Russian Stargate team found its way into Marduk's ziggurat temple and accidentally freed him, he killed them all and feasted on their flesh. He found a new host when another Russian team visited the planet, along with SG-1. But Jack O'Neill and his team defeated Marduk, leaving him to die in a fiery explosion as they escaped the ziggurat.

The Tomb - A Russian team frees Marduk from his prison, and after surviving in a carnivorous creature he takes a Russian soldier as his host -- only to be killed by SG-1 in a fiery explosion.