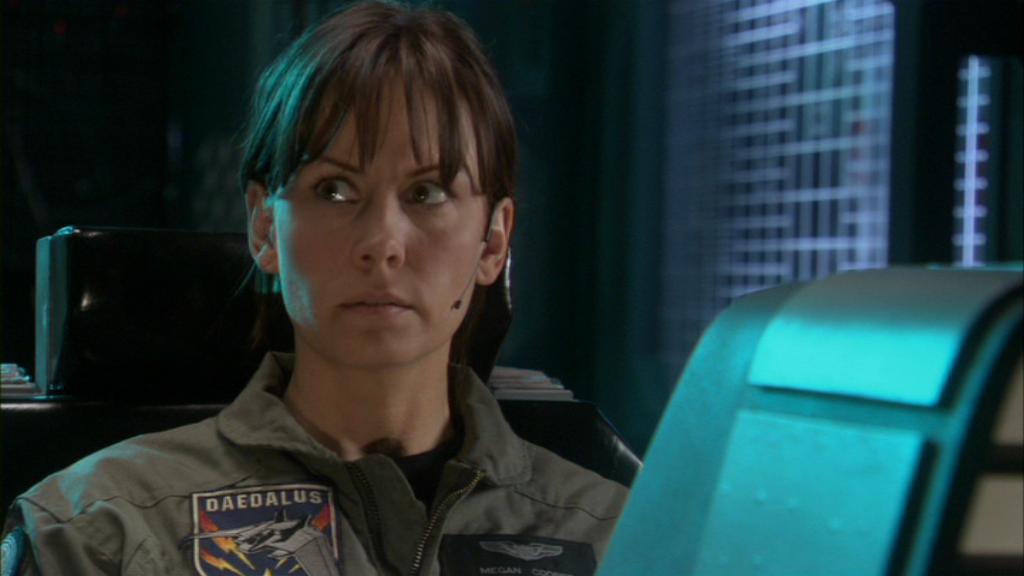 Air Force Captain and ship's pilot on board the United States Air Force vessel Daedalus during its first year of operation in the Pegasus Galaxy. She is also qualified to sit at the weapons console on the ship's bridge.

Captain Cooper served under the command of Colonel Steven Caldwell, presumably making numerous trips back and forth between Atlantis and Earth.

Megan Cooper is named for the daughter of executive producer Robert C. Cooper.

Aurora - Cooper and the Daedalus encounter an Ancient warship in deep space, its crew in stasis.
The Hive - Captain Cooper pilots the ship as it engages in battle with a pair of Wraith hive ships.
Critical Mass - Cooper is on hand when Atlantis discovers that her commanding officer has become the unwitting host to a Goa'uld spy.