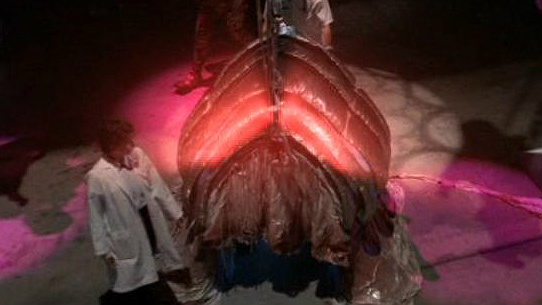 Large device which processes a humanoid form and duplicates that form so that it is usable by a mimic device. Subjects (usually unconscious or incapacitated) are placed into the processor on one end and sent through the device. Several beams of light indicate the copy process. The subject is then released from the other side to be tethered to a large, web-like holding near the ceiling.

A mimetic alien is assigned the corresponding mimic device and memory device and is free to move about as the subject.

Foothold - Mimetic aliens bring along a mimic processor to gradually take over the entire S.G.C.