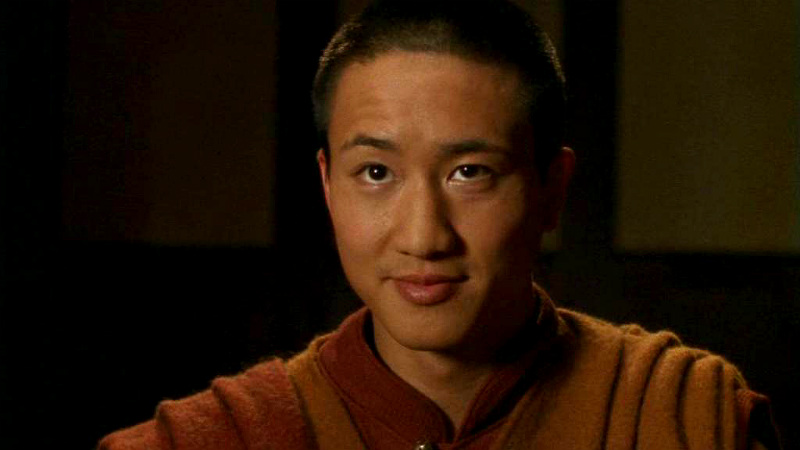 A monk on Kheb, placed to guide people in the lessons and ways of ascension and understanding of Oma Desala. He was welcoming of SG-1, particularly Daniel Jackson, when the team arrived at the temple where he dwelled. He told Master Bra'tac that he could not travel the Great Path with a Goa'uld symbiote sustaining him, but acknowledged him when Bra'tac said he still had that journey ahead of him.

The monk instructed Jackson to communicate with Oma Desala and move objects, as well as light candles and initiate other supernatural abilities. When Apophis's troops arrived he shunned them from the sanctuary, and was shot with a staff weapon by Apophis's Jaffa. Almost immediately he ascended into the form of the Ancients.

Maternal Instinct - A monk greets SG-1 and Bra'tac in the sanctuary of Kheb.