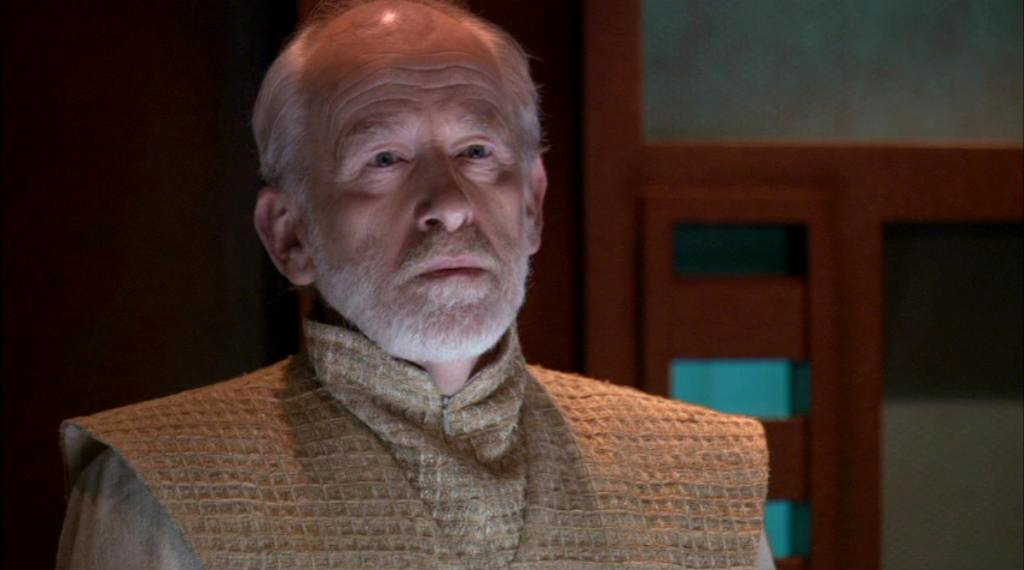 Member of the council of Atlantis during the days of the first siege of Atlantis some 10,000 years ago. Moros was the city's last High Councilor. Defeated at the end of their long war, he and the council elected to sink the city ship so the Wraith could never reach it, and travel back through the Stargate to Earth.

Moros opposed Janus's proposals to construct a time device, citing that tampering with the timeline was unethical. He was both shocked and angered when he found a woman from the future sitting opposite him in the council chambers. Still, he listened to the pleas of Elizabeth Weir, thrown back in time by Janus's Ancient time device, who hoped that the council would permit her to return to the future and save the expedition.

However, Moros ultimately chose to prevent her from using the time device to return to her time. He was afraid that her arrival in the past, and her subsequent return to her future, would further damage the continuum.

Moros departed Atlantis with the very last group, believing Janus when he said Dr. Weir had returned to Earth in an earlier group. He was undoubtedly angered -- again -- when arriving on the other side and discovering the time traveler to not be among their ranks.

In the years following his return to the Milky Way Galaxy Moros eventually became the figure Merlin, who survived for many millennia by ascending. Perceiving the grave threat posed by the ascended Ori, Merlin eventually chose to retake human form in order to work in secret on a weapon designed to destroy ascended beings.

PLAYED BY - Matthew Walker
FIRST APPEARED - Before I Sleep

Before I Sleep - Moros and his council listens to the pleas of Dr. Elizabeth Weir to return to the future and save her expedition, but ultimately decide to have her return to Earth with them.
Avalon, Part 1 - Daniel Jackson discovers evidence that the mythic figure of Merlin was among the Lantean refugees who traveled to Earth from Atlantis.
The Pegasus Project - Daniel and Vala find Moros's image in the Atlantis database and identify him as Merlin.