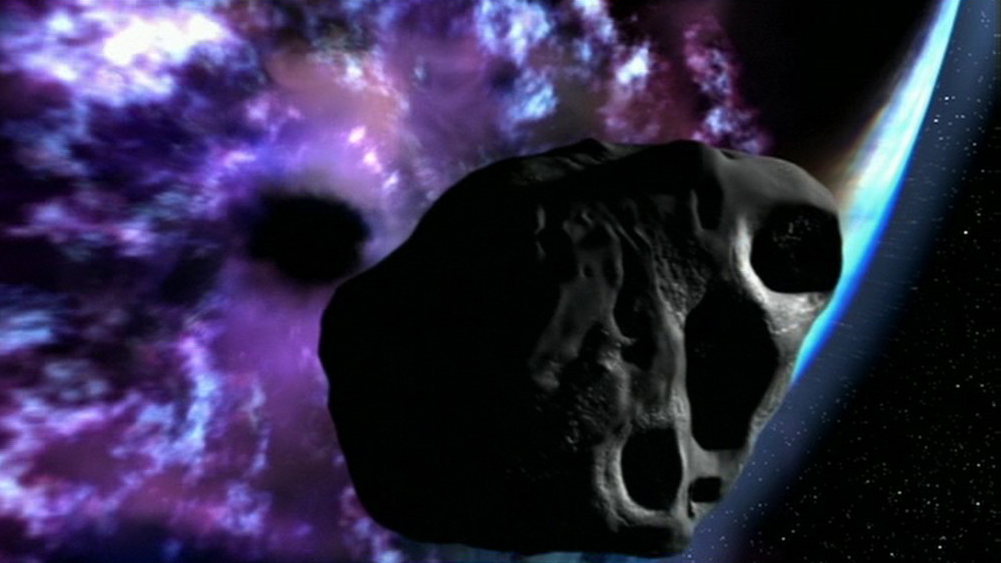 Massive body of rock with a naquadah core that once threatened Earth with an extinction-level impact. While Earth officials originally believed its collision path to be natural, SG-1 came to suspect that Anubis himself had delivered the asteroid and set it on a course for Earth -- a way to take out an enemy without violating the Goa'uld's Protected Planets Treaty with the Asgard in an obvious way.

The asteroid was spotted on approach by an amateur astronomer. SG-1 was then sent on board a cargo ship to detonate a strategically placed explosive device to redirect the asteroid out of the path to Earth. Once it was determined that the core of the asteroid is entirely naquadah a new plan had to be conceived.

The team eventually rigged the cargo ship's hyperspace window to be large enough to accommodate the asteroid for a brief moment, allowing them to "ride" the asteroid through hyperspace and emerge safely on the other side of the planet. The asteroid continued its slow journey away from Earth.

Fail Safe - SG-1 must prevent the asteroid from impacting the Earth.