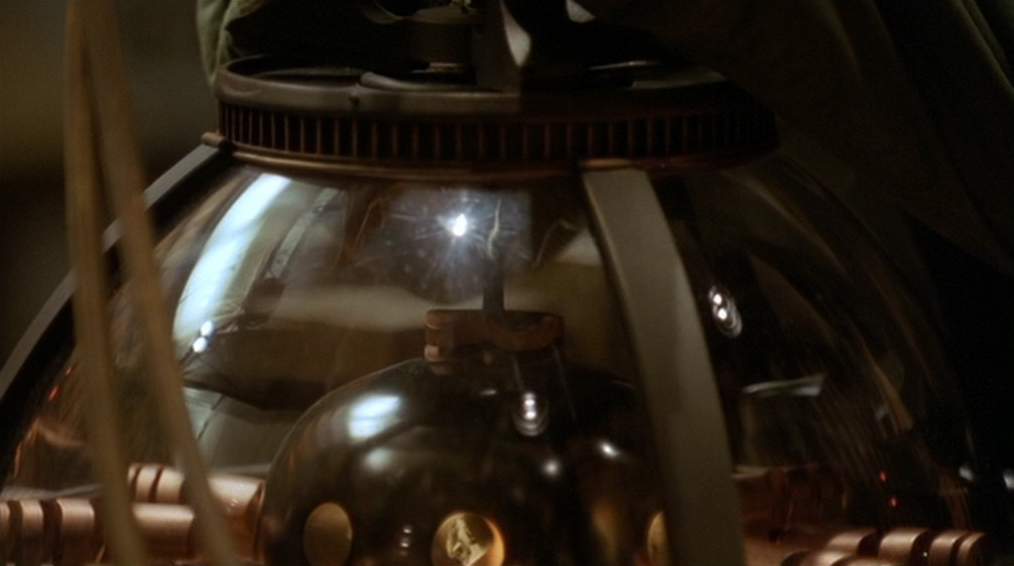 A variant of naquadah that is far more powerful, but also very unstable and dangerous. The element was first discovered on the planet Langara, especially on the Kelownan continent. Naquadria is believed to be artificial (at least on Langara), created by the Goa'uld Thanos some 3,000 years ago in experiments that nearly destroyed the planet.

Led by Jonas Quinn, the Kelownans eventually discovered the explosive process that transforms ordinary naquadah into naquadria, and used the Kelownan D.U.E.V. to tunnel below the surface of the planet and stop a chain reaction that was transforming a massive vein of naquadah into its more volatile derivative, threatening to annihilate the planet.

Elsewhere in the galaxy naquadria deposits are extraordinarily rare. Earth looked for years before finding the Icarus planet, where the naquadria core was harnessed to provide the enormous power requirements needed to dial the Stargate's nine-chevron address to the Ancient deep-space vessel Destiny. The Lucian Alliance later located another planet with naquadria, as well, hoping to use it to get to the ship themselves.

Earth's first interstellar ships (beginning with Prometheus) also relied on naquadria to power the hyperspace engines. It is not known if they still mine naquadria for this purpose, or if later upgrades from the Asgard eliminated the need by providing alternate and more efficient hyperspace engine technology.

Meridian - SG-1 visits Kelowna, a world attempting to make a weapon of mass destruction with naquadria.
Redemption, Part 1 - O'Neill and Carter pilot the first ship capable of opening a hyperspace window, thanks to the power of naquadria. The test flight is a failure, due to the mineral's inherent instability.
Shadow Play - The team returns to Kelowna, where scientists have completed the naquadria bomb -- and the government plans to use it in a preemptive strike against their neighbors. SG-1 finds a large supply of naquadria.
Prometheus - Having apparently overcome the instability of naquadria, the X-303 makes the first successful extended flight through hyperspace by an Earth-made ship.
Homecoming - The naquadria mine on Kelowna is run dry after Anubis's forces arrive to take whatever is left. Kelowna and the planet's other nations hand over their entire supplies of the mineral.
Fallout - Carter and Teal'c return to Kelowna to solve a new naquadria problem: massive veins of the mineral beneath the surface of the planet threaten to obliterate the world.
Air, Part 1 - With a base on the Icarus planet (later revealed to have a naquadria core), Earth dials the nine-chevron address and reaches Destiny.
Subversion - After capturing Dr. Nicholas Rush, the Lucian Alliance reveals to him that they have found another naquadria-rich planet, and need his help dialing the Stargate to Destiny.