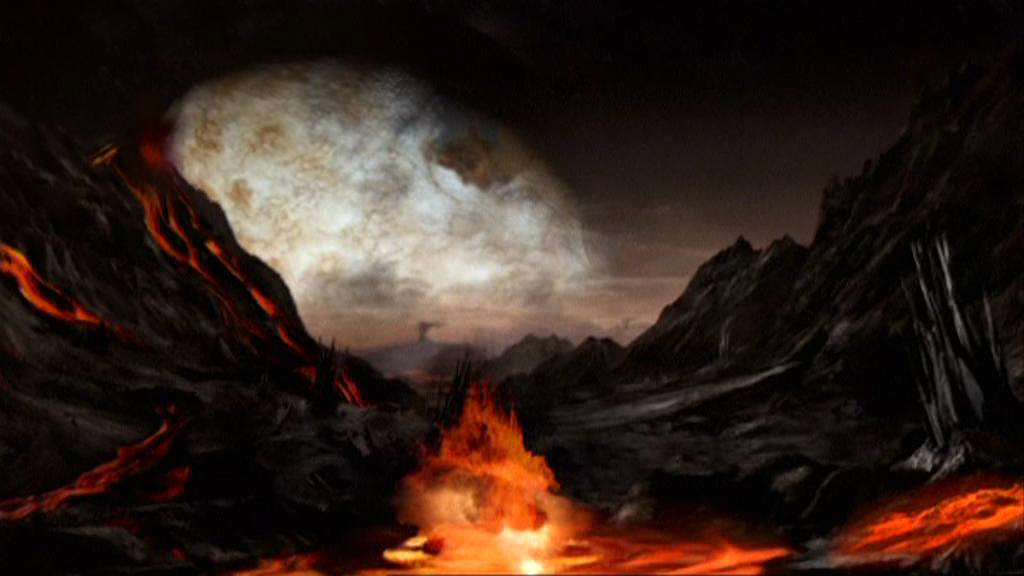 Ne'tu is described in Earth mythology as the underworld Sokar commanded, believed to be inhabited by "serpents and the damned." It is a literal hell, a place of fire and torment from which there is no return. In fact, Ne'tu was a moon controlled by the rogue Goa'uld Sokar, who used it as a prison for his captured enemies.

The surface was scarred with meteorite hits. Volcanic gashes covered much of the surface. Sokar himself exposed the moon's molten core, terraforming the world to fit the myth of hell. Consequently, there was a high sulfur content in the air, forcing temperatures to escalate to unusually hot levels. Ne'tu orbited Sokar's home base, Delmak, until its destruction.

Jolinar's Memories - SG-1, along with the Tok'ra Aldwin, journeys to the moon Ne'tu to recover Jacob Carter/Selmak, who has important strategic information.
The Devil You Know - After eliminating Bynarr, Apophis wishes to prove his worth to Sokar by extracting the secrets of the Tok'ra and Tau'ri. Ne'tu is destroyed by a Tok'ra weapon, taking Sokar's mothership with it.