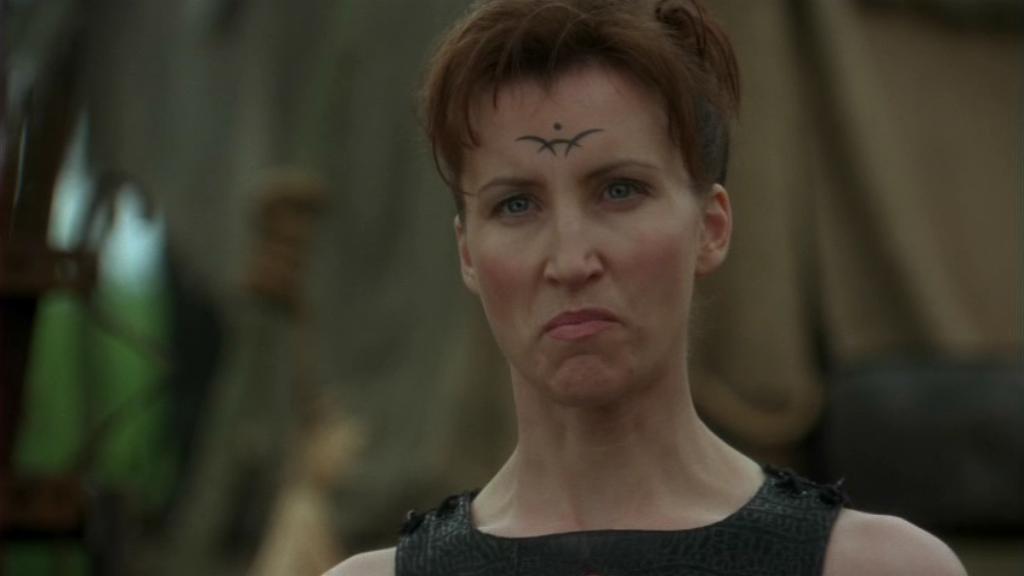 Older sister of Nesa, and one of the higher ranking Jaffa women under Ishta's command within the Hak'tyl resistance. Ishta saved her life, but couldn't save the next two girls sired by her father, who were lost to the Ceremony of Fire -- in which all newborn girls are sacrificed by the command of the Goa'uld Moloc.

Neith's father was a Jaffa stationed high in the Imperial guard. Neith swore that no more of her sisters would die in the brutal ceremony. When she heard her mother had given birth to yet another female, Nesa, she took it upon herself to save the child. She killed her father so that they could escape and would not be reported by him, and has raised the young girl herself on the planet Hak'tyl.

Fearing her people were threatened by the Tau'ri, Neith believed that the drug tretonin was no better than a symbiote, as it merely changed their reliance from the Goa'uld to the humans of Earth. She challenged Ishta to jomo'sequ, a battle for the right of leadership. She was defeated, and the challenge only united them after hearing of the death of Mala.

On a mission to capture a symbiote for her sister Nesa, Neith was attacked by Moloc's downed Imperial Guard. Her symbiote nearly dead, Nesa convinced her to survive on tretonin so that the young girl might continue to learn from her older sister. Neith eventually came to respect the Tau'ri.

Birthright - Neith learns she was not told of an alliance with the Tau'ri and is threatened by their presence and the salvation they offer.