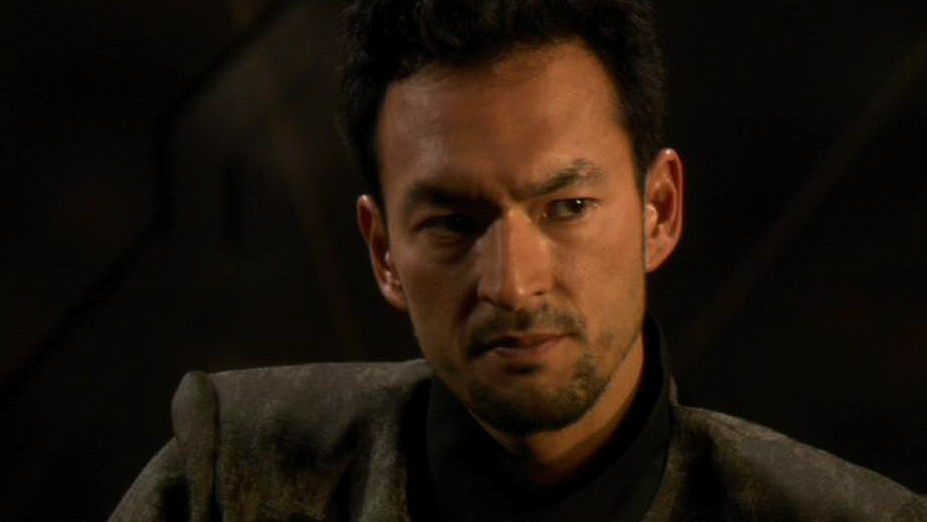 Leader of high standings in the Lucian Alliance, responsible for at least one world where the addictive kassa was being grown. He has been known to kill alliance members who have not fulfilled their duties.

When Baal began snatching Stargates from planets, Netan was displeased when one of his officers was unable to determine the cause. He was lenient to Worrel, who had managed to hold SG-1 hostage for two days without learning a single piece of information, but the lieutenant learned Baal's current location and traveled to intercept him -- failing to retrieve their lost Stargates.

Months later Teal'c approached the Lucian Alliance for their help in coordinating an attack on an Ori invasion force. Netan was initially resistant but eventually committed three motherships to the effort. It was a disaster, and the fleet's defeat at the hands of the Ori significantly weakened Netan's standing among the rest of the Lucian Alliance -- so that some would soon threaten to overturn his command.

PLAYED BY - Eric Steinberg
FIRST APPEARED - Off the Grid

Off the Grid - Netan is unable to retrieve the Stargates stolen by Baal, putting a kink in his plans to distribute a certain quota of kassa.
Camelot - Netan is approached by Teal'c to aid in the fight to protect the Milky Way from Ori invaders.
Flesh and Blood - His ships crippled by the Ori, Netan holds Teal'c responsible, and captures and tortures him.
Company of Thieves - Netan sends Anateo, a rising threat to his power, on a suicide mission to capture one of Earth's ships -- and sees his leadership begin to crack when Anateo actually succeeds.