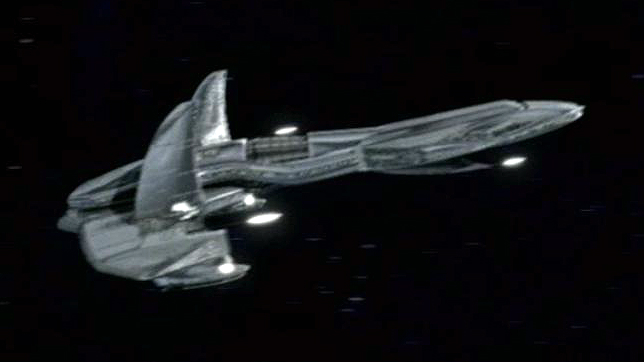 An advanced Asgard space vessel, serving as the template for a new class of Asgard battleship. The Asgard named the craft after Colonel Jack O'Neill after he made such a good impression on them, as the Asgard saw humanity's potential in him.

The vessel was equipped with advanced weapons and defenses that surpassed any of the previous Asgard starships -- the most advanced ship ever constructed by the Asgard. This was enough to make Replicators pursue it. A trio of Replicator-infested Asgard ships gave chase to the remotely controlled vessel, leading them away from an Asgard world under threat. Once in hyperspace, the O'Neill was blown up, obliterating the Replicator-controlled ships that had been in pursuit.

Small Victories - Major Carter advises the Asgard to use the new O'Neill prototype as bait for the Replicators, destroying it in hyperspace to save Thor's homeworld.