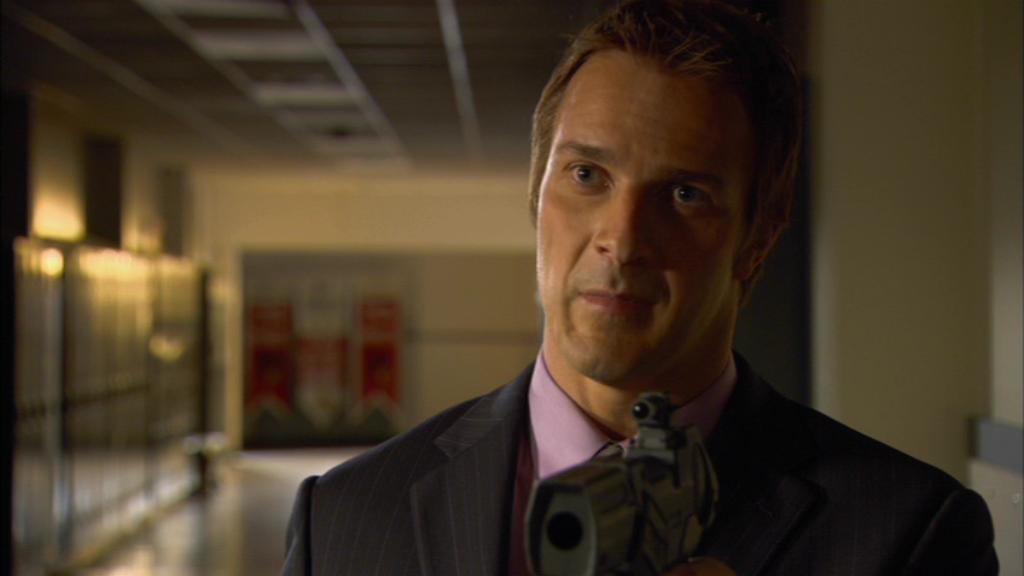 Bounty hunter in service to the Lucian Alliance. Ventrell has crossed paths with Vala Mal Doran in the past. He traveled to Earth to capture members of SG-1 for Netan, who had recently placed a large bounty on the team's heads. He destroyed two bounty hunter Serrakin before they could reach Earth first.

Ventrell first targeted Cameron Mitchell during his high school reunion. He did not allow his mission to get in the way of being a gentleman, and permitted a dance between Mitchell and Amy Vanderberg.

Meanwhile, SG-1, having successfully diverted attacks of their own, had regrouped and located Ventrell's cloaked Tel'tak ship. In concert with the Chimera Optics Projection System, Mitchell was safely extracted and Ventrell was taken into custody. He was soon convinced by SG-1 that Netan would be a high-priced Lucian target after failing -- again -- to rid himself of his enemies.