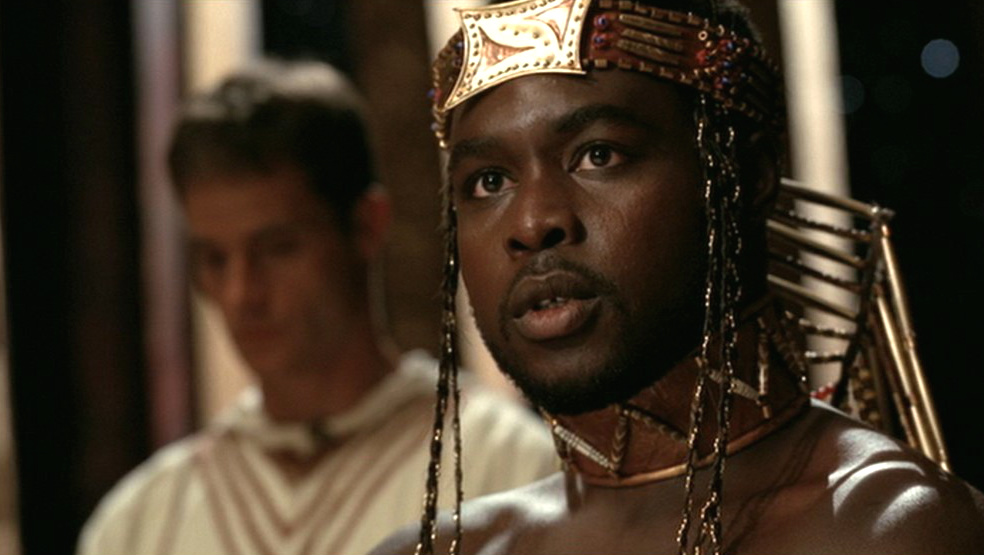 One of the System Lords, Olokun was accused of being in league with the System Lords' enemy when some of his Jaffa were found to be in the service of Anubis. Olokun confessed to the others that the Jaffa betrayed him, switching their allegiance after being defeated in battle rather than fighting to the death.

During the System Lords' summit Olokun submitted, along with the majority of the Goa'uld leaders present, to allow Anubis to rejoin their ranks as a System Lord.

According to Tok'ra intelligence Olokun was killed during the System Lords' war against Baal, who had absorbed much of Anubis's forces and advanced technology after his downfall.

Summit - Olokun attends the System Lords' summit, and admits that he has suffered heavy losses at the hands of Anubis. He also confesses that one of his motherships was taken in battle with Anubis, and many of his Jaffa likely switched their allegiance.
Last Stand - Olokun attends the System Lords' summit, voting to allow Anubis back into their ranks.
Death Knell - The Tok'ra are unwilling to admit that they have a spy within Olokun's ranks, who may be responsible for the discovery of the new Alpha Site.
It's Good To Be King - Carter reports that Olokun has been killed, according to intelligence from the Tok'ra.