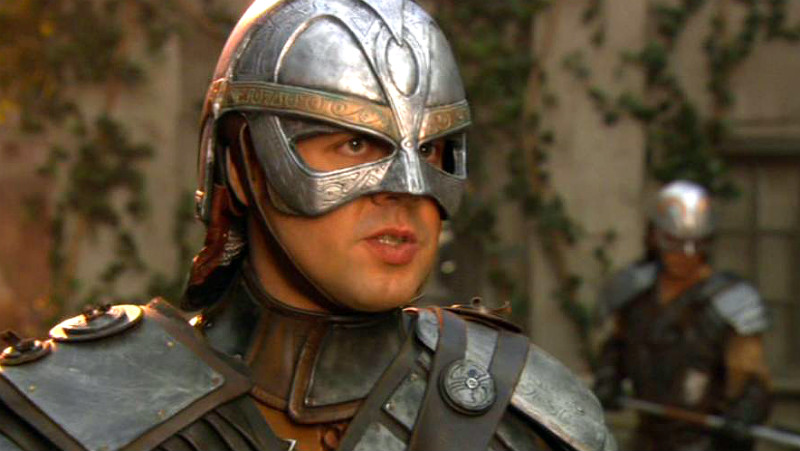 Leader of the Ori troop deployment to the planet designated P9C-882, during the Ori's attempt to bring the population to their side by means of forced subjugation. The Firstman led his men in taking control of the resisting village, and followed Commander Tomin's orders to execute all those who had resisted with force -- armed with deadly weapons by SG-1.

The Firstman is a loyal and capable servant of the Ori, threatening to burn the village to the ground unless its leaders repented of their actions and bowed before the Ori. It is likely that the Firstman is from Ver Isca in the Ori's home galaxy, as he was evidently stationed on board the same ship as Tomin.

PLAYED BY - Sean Tyson
FIRST APPEARED - Line In the Sand

Line In the Sand - The Ori Firstman leads the ground invasion of P9C-882, under Commander Tomin.