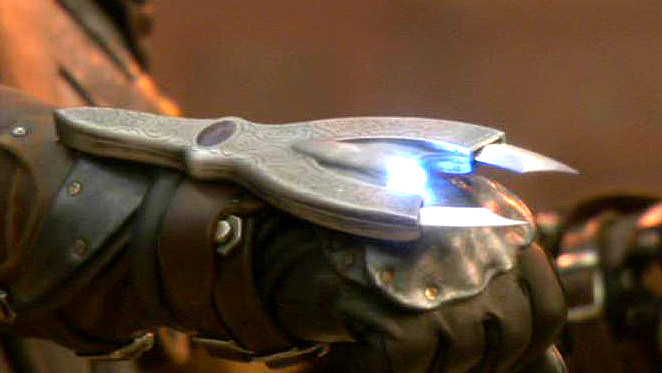 Small, handheld weapon worn as a gauntlet on the arm of Ori warriors. Less powerful than an Ori staff weapon, one shot renders any human unconscious. Multiple shots may kill. The weapon appears to share the same type of energy released by an Ori staff, only at a nonlethal level.

Squeezing the palm of the hand controls activation (but not the firing) of the device. When on, the blue emitter on the top of the unit glows.

Flesh and Blood - Vala shows Daniel the armory and equips him with a stun weapon with which he can disable Adria without killing her.
Line In the Sand - Ori ground forces invade P9C-882, using staffs and stun weapons to subdue the inhabitants.