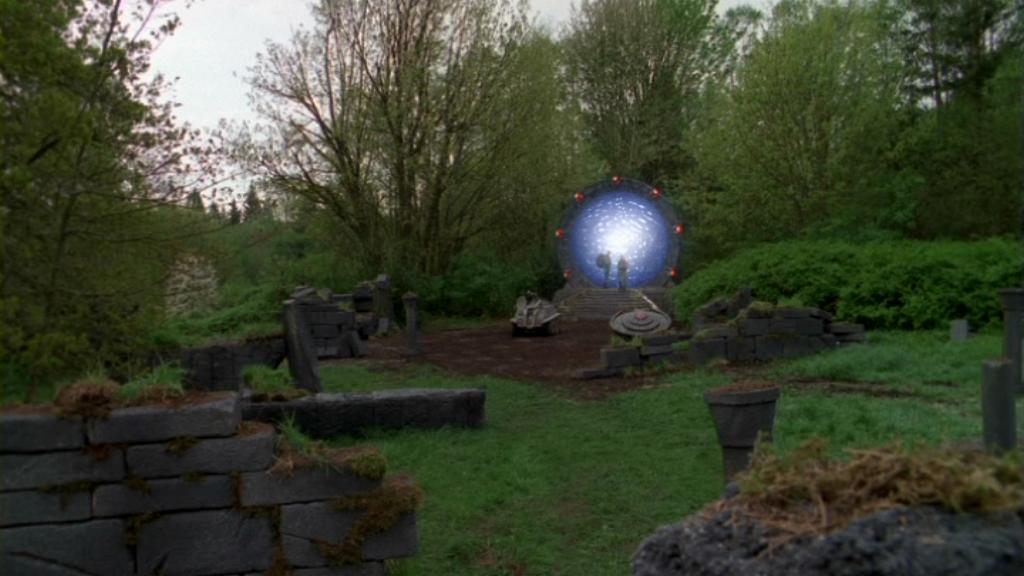 A lush, green planet, and one of Baal's principle mining sites. The Jaffa force on the planet has a Tok'ra operative in its midst. Baal used this planet's Stargate to launch the modified "Avenger" computer virus (developed by Dr. Jay Felger), Avenger 2.0, into the Stargate system to deactivate the entire network and give him a tactical advantage over his enemeies.

Along with Samantha Carter, Felger visited 117 in order to overcome the virus and correct the Stargate system malfunction. They were pinned down by Jaffa forces, but were eventually rescued by Jack O'Neill and Teal'c, who had commandeered an Al'kesh.

Avenger 2.0 - Carter and Dr. Felger travel to P5S-117 to fix Avenger and re-spread the corrected virus, but discover that Avenger had been modified by Baal.