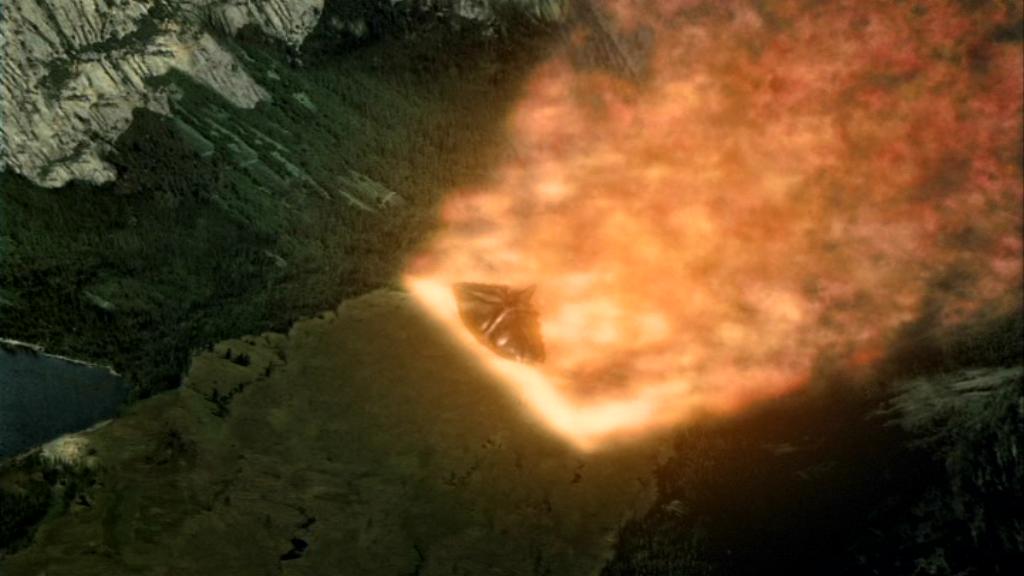 Planet designated by Stargate Command as a suitable replacement settlement for a colony of nomadic Enkaran settlers, snatched from their home world in Goa'uld ships.

Several weeks following the settlement of the survivors, a mysterious alien craft arrived and began terraforming the atmosphere of the planet. Negotiations led SG-1 to learning the ship was Gadmeer, and the long-extinct species had sent this automated craft to take the world and make it the site of a rebirth to their civilization.

Following pleas from the population and SG-1, Lotan, the ship's new Enkaran intermediary, agreed to search the vessel's database for a replacement planet. By accident, he stumbled on the original Enkaran home world. Lotan agreed to postpone the terraforming process and transport all of the Enkaran refugees back home.

It is believed the Gadmeer crafe eventually returned and made the planet a world where the Gadmeer race thrives once more.

Scorched Earth - After weeks of searching, Stargate Command designates a world to be the new Enkaran settlement. Unfortunately, another presence is about to take up residence.