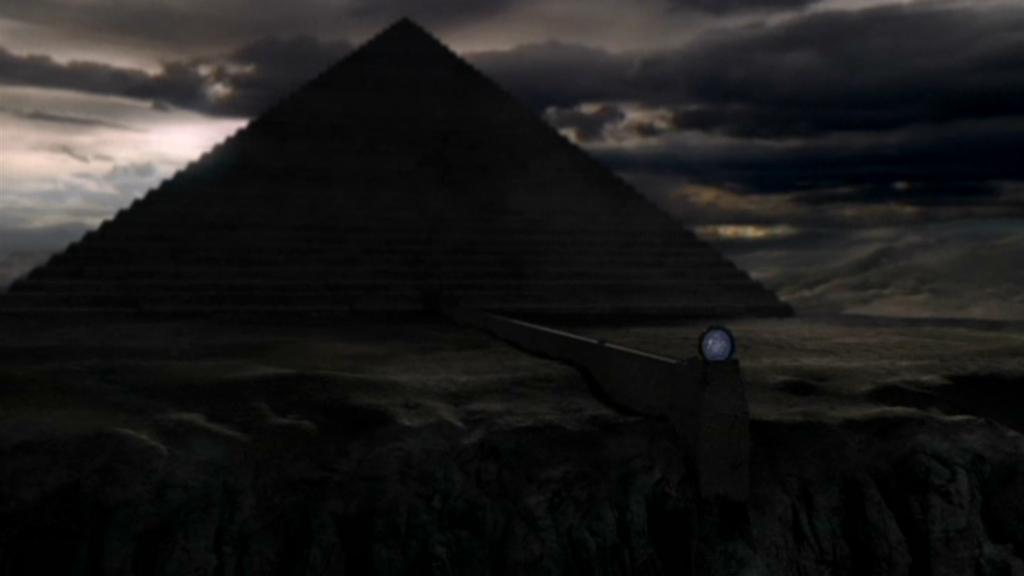 Planet home to an enormous pyramid, well over one thousand meters high, housing a crystal skull and at least one "giant alien," Quetzalcoatl.

The pyramid is filled with stalagmites and fatal levels of lepton radiation, believed to be the source of power for the crystal skull to transport people from one skull to another clear across the galaxy.

Nicholas Ballard is believed to be the first human to visit P7X-377 via a crystal skull found in the ruins of Belize, which teleported him into the enormous pyramid to encounter the giant aliens. When he did not respond to their words of friendship, they sent him back to the ruins. He tried for years to return to 377, but without the lepton radiation from the destroyed chamber in his expedition, he was unable to duplicate the experience.

Crystal Skull - Nicholas Ballard and SG-1 return to P7X-377 to recover Daniel Jackson who has become caught between two realities, and encounter Ballard's mythical giant aliens.
Arthur's Mantle - Carter speculates that Daniel might be able to see her and Mitchell in their out of phase state because of his experience on the crystal skull planet.