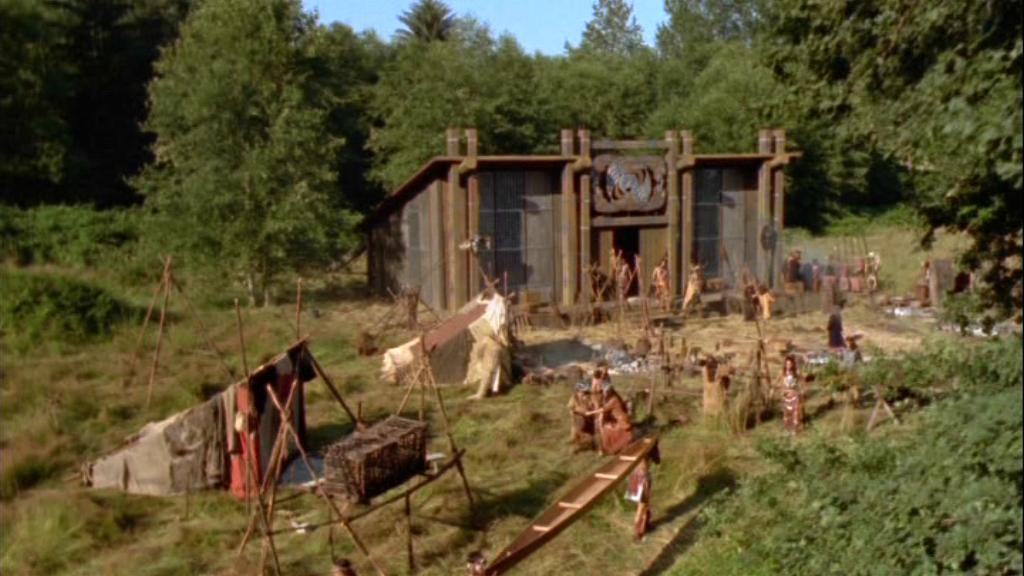 Planet once occupied by the Goa'uld, who brought Native Americans, the Salish, to the world, possibly to mine trinium. Resident aliens fought the Goa'uld and removed them from the planet, taking on the forms of the Salish Spirits to coexist with the Indians. Since then they have thrived peacefully in the woody environment.

The mountain near the village provides adequate amounts of trinium, what the Salish call the "key", sent down the river, which is refined and purified in the water until it shines. Then the Salish take it and form it into whatever they need.

SG-11 arrived on the world and began mining in their own, more efficient way. The Salish Tonane tried to warn the team, but the Spirits sent them away. Later, the Pentagon ordered more teams to return and start mining after the Salish had migrated for the winter, but the Spirits, after making peace with the Tau'ri, buried their Stargate, preventing anyone from returning.

Spirits - SG-1 under the command of Samantha Carter investigates the disappearance of SG-11, only to be captured by Salish Indians.