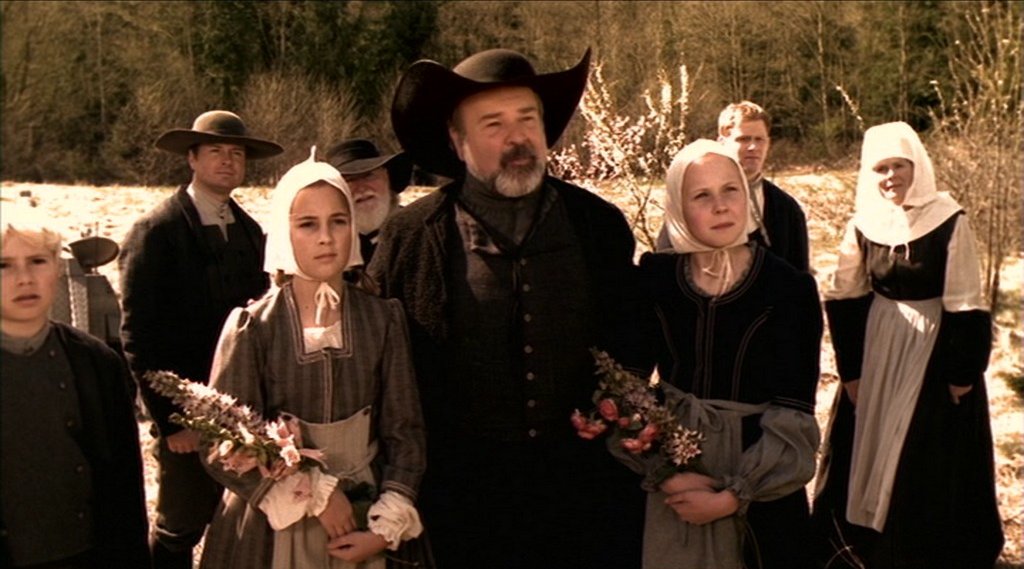 A picture-print society of Norse culture if it had been allowed to develop in its own direction. At the time of SG-1's visit, their people's leader was Elrad, Flamen of the 39th Order of K'Tau. The people are peaceful, and their lifestyle and technology is akin to the Amish of Earth.

K'Tau clothing is constructed of plain, reserved colors, absent of any ornate jewelry or complex design. Like on Cimmeria, they worship the gods, particularly Freyr, who they believe is responsible for their bountiful crops and rich lifestyle.

The planet is defended by the Asgard through the enforcement of the Protected Planets Treaty,to prevent the Goa'uld from attacking and turning the people into slaves. Messengers of the gods are known as elves, who carry messages regarding the will of the gods to their worlds and often foretell miracles or doom.

When SG-1 arrived their presence was initially perceived to be of good fortune, but it was not long before the sun (the Eye of Oden) changed it's energy emissions to the infrared end of the spectrum, which would inevitably force plant life to die and, ergo, the entire people.

SG-1 made use of the K'Tau people's temple where the high governors were allowed to beam themselves into a vault of solid rock beneath and speak with their gods, albeit only semi-interactive holograms. SG-1 later returned and hailed the Asgard with the device, where O'Neill was granted an audience with the Asgard High Council, but in the end they decided it was best not to interfere for fear of the Goa'uld nullifying the treaty. If SG-1 was going to emerge with a solution to save the people of K'Tau, they were going to have to do it on their own.

During this period the K'Tau people continually prayed to Freyr that His will be done in their predicament. They were unwilling to entertain the possibility to leave, and took offense to Colonel O'Neill's suggestion that their gods were merely aliens who chose not to intervene in the face of their children's destruction.The S.G.C. worked for weeks to construct a rocket loaded with material to return the sun to normal, but it was destroyed by K'Tau radicals (led by Malchus) who believed they were doing the will of the gods. Two members of SG-6, as well as two of the K'Tau who gave their lives for the cause were killed in the process. In a last-ditch effort, Major Carter resorted to attempting the release of HU-2340 directly into the sun when the wormhole's matter stream intersected.

Whether or not this plan worked is unknown. As SG-1 returned to K'Tau to say goodbye to the people whose lives they had changed, and easily doomed, the sun returned to normal. It was immediately hypothesized that the Asgard intervened, as may have been their plan all along, but did not tell SG-1 to save face for any future encounter with the Goa'uld.

Red Sky - A mission of peace goes disasterously wrong when SG-1's travel to the planet K'Tau initiates a deadly reaction within the planet's sun, shifting the light spectrum and spelling doom for the people.
Avenger 2.0 - Carter harkens back to her mission to K'Tau when she very nearly was responsible for the deaths of the entire population.