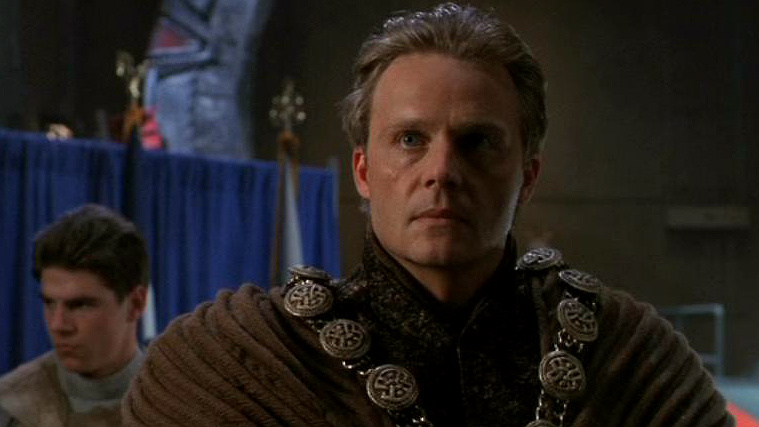 The Supreme High Councilor of the Tok'ra, the Goa'uld resistance movement allied with Earth. Per'sus appears to have replaced Garshaw of Belote in this role, though it is not known for certain whether the positions they held are the same.

Per'sus is stern, with a commanding presence. As the leader of the Tok'ra, he is highly sought after by the Goa'uld. He was saved by SG-1 when a Goa'uld-programmed assassin -- a za'tarc -- from the S.G.C. tried to kill him. Per'sus led the Tok'ra into formalizing their alliance with the Tau'ri on Earth with an official treaty, which he co-signed with the President of the United States.

Divide and Conquer - Per'sus avoids a Goa'uld assassin, and formalizes the Tok'ra's alliance with Earth.