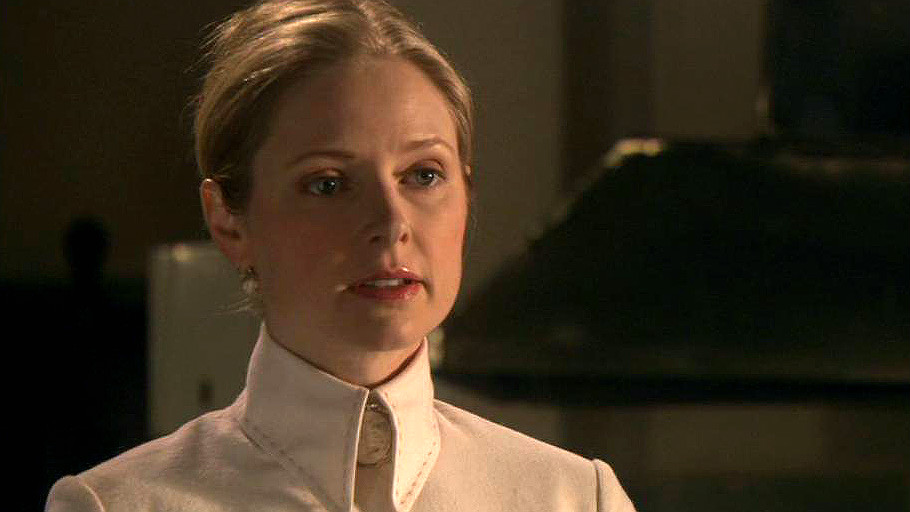 Hoffan scientist assigned to continue the work of Farrol Mylan's legacy, the Hoffan drug. Perna had never been exposed to technology with the sophistication of Earth devices. She was taken by Dr. Carson Beckett at first sight, and worked with him to perfect the drug using Wraith cells that were salvaged from the severed arm recovered on Athos.

When Perna discovered the expedition possessed a live Wraith in a holding cell she encouraged Beckett to use him as an experiment in the drug. Convinced, "Steve" was transported to Hoff, and in exchange for a few drops of information he attempted to feed on Merell, a Hoffan man with a terminal illness.

Merell had been injected with the experimental drug Perna and Beckett had been perfecting, and to their disbelief he was spared. Not only could "Steve" not feed, but he quickly sickened and died. Unlike Beckett, Perna believed this was all the convincing the people needed to start producing the drug for populace-wide dissemination, despite Beckett's warnings that the drug was barely a prototype.

Soon Merell and fifty percent of the Hoffan citizens who had taken the drug became critically ill and died. Perna was among the first, and she too grew ill very quickly. Before she died she assured Beckett that, because of their collaboration, the Hoffan people as a whole would survive the Wraith.

Perna lived and died by the last words in Farrol Mylan's journals.

Poisoning the Well - Perna works with Dr. Beckett to perfect the Hoffan drug that has been in development for over 150 years.