For other uses of this name, see Peter (disambiguation) 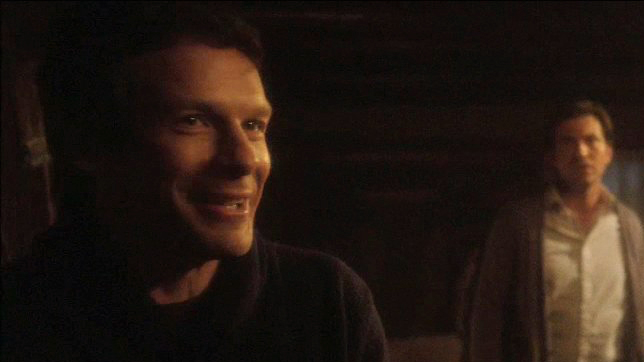 Former member of Destiny's crew, who elected to stay behind on a planet discovered several weeks after the evacuation of Icarus Base. Peter was likely a civilian scientist assigned to the base.

When Tamara Johansen dreamed of returning to the planet with her baby, Carmen, Peter came to visit Caine's home on the planet with Dana (with whom he may have been in a relationship). Peter and Dana asked to see the baby, perhaps to become her surrogate parents after T.J. had to return to Destiny. But T.J. later discovered that the whole experience had not been real.

Peter was romantically involved with Val, another of the settlers, but they hadn't told the others. Val died of a blunt force trauma injury to her head after she got in the way of a tree that Peter fell.

Peter and the rest of the settlers died the following winter, and were reanimated and returned to Destiny by the advanced aliens who created the planet. They lived a short time before dying again, of the same injuries to which they originally succumbed.

Intervention - In T.J.'s dream, Peter and Dana arrive at Caine's home to see T.J. and her baby.
Visitation - Peter and the other settlers return to Destiny, but die shortly thereafter -- revealing that the aliens had tried to reanimate them after they had died of exposure, but didn't know how.