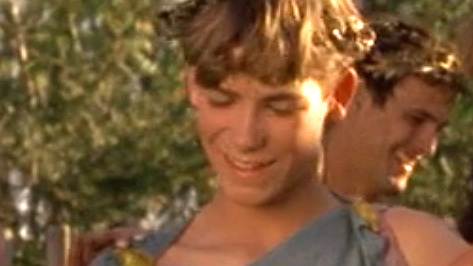 Young Argosian man enjoying his artificially shortened lifespan when SG-1 arrived on the planet Argos. Like the rest of his people he was infected with nanites developed by the Goa'uld Pelops to rapidly age his people, in order to speed up his study of their evolution.

SG-1 was taken aback when Thetys revealed that the boy was not 12 years old but only 12 days old.

Brief Candle - Thetys tells SG-1 that Phillippos is only 12 days old, despite the fact that he appears to be a teenager.