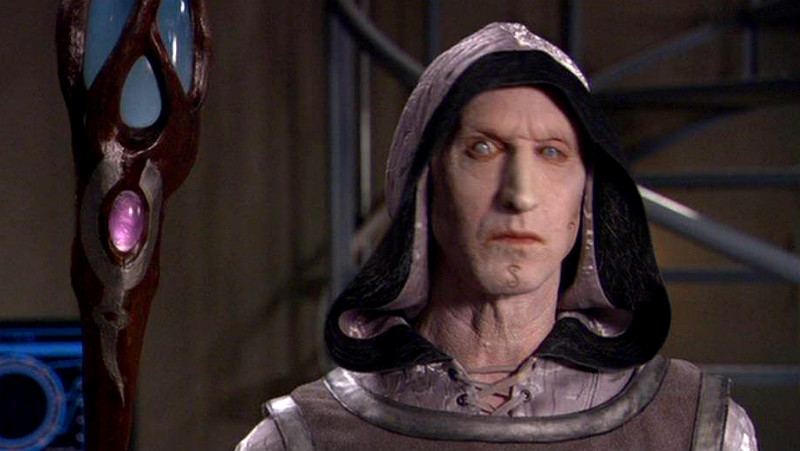 A Prior in the service of the Ori, one of the first sent to the Milky Way Galaxy as a missionary for the religion of Origin. The Prior came through the Stargate on the planet designated P3X-421, preaching the alien religion and drawing the attention of an S.G.C. archaeologist who was on the planet.

Cameron Mitchell and SG-12 met the Prior there and brought him back voluntarily to Stargate Command. There he expounded upon his religion to the visiting Free Jaffa leader, Gerak. When his connection to the newly emerging threat of the Ori was discovered S.G.C. personnel were ordered to take him into custody. But their attempts to relieve the Prior of his staff were thwarted -- and the Prior apparently committed suicide, using his power to set himself ablaze in front of them.

Nothing is known about the man before he became a Prior of the Ori. He is presumably a native of their home galaxy.

Origin - A Prior visits Stargate Command, immolating himself in front of their eyes when he is confronted.