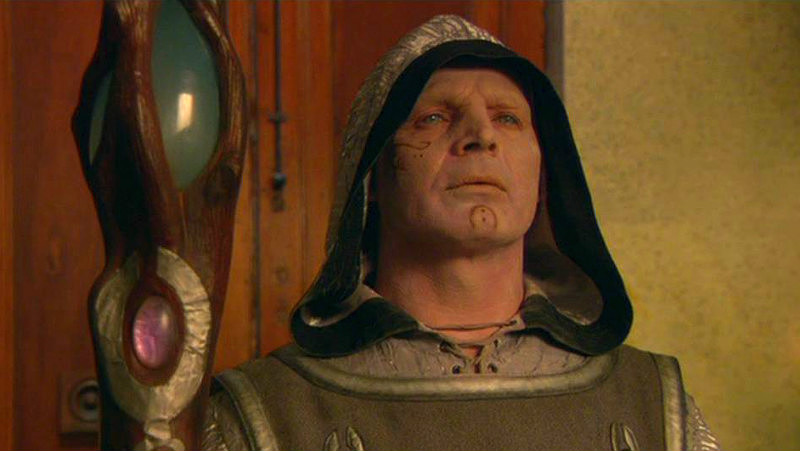 A Prior of the Ori, who served on the core planet of Ver Eger. The Prior was known to the inhabitants of a local village as a religious leader and emissary, and also served at the pleasure of the Doci in the great city of Celestis.

Ver Eger was the first place that members of Stargate Command encountered the Priors and the religion they enforce.

Nothing is known about the man before he became a Prior of the Ori. He is presumably a native of their home galaxy. It is also not known if this particular Prior participated directly in the subsequent invasion of the Milky Way Galaxy, or if he remained behind with the Doci.

Avalon, Part 2 - The Prior on Ver Eger restores Vala to life after the people burn her to death on the Ara.
Origin - The Prior leads Daniel and Vala to Celestis, where Daniel encounters the Doci and witnesses the Flames of Enlightenment first-hand.