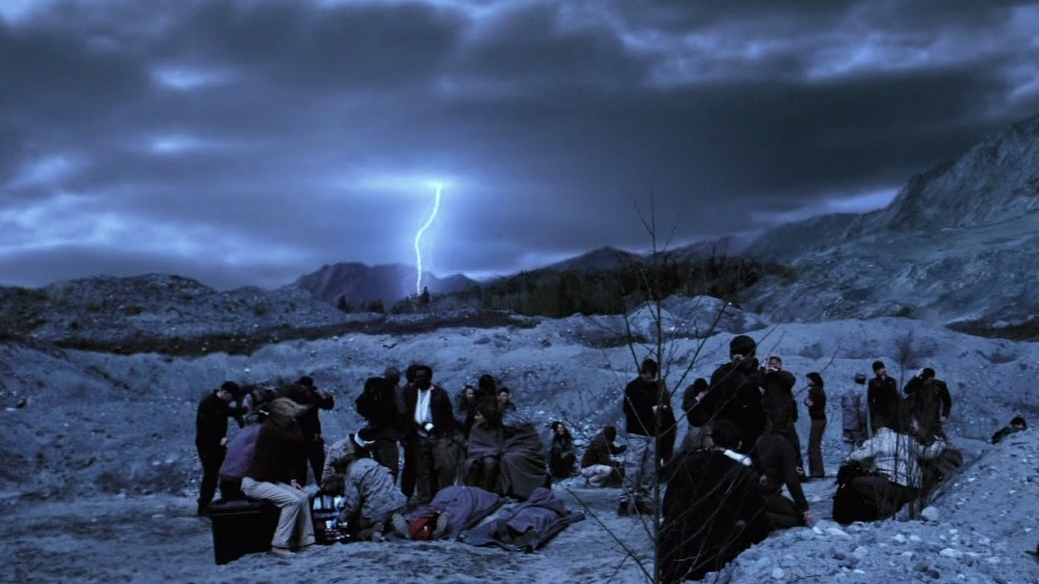 Desolate world relatively close to a pulsar in a galaxy far away from the Milky Way, where the crew of Destiny was briefly exiled by the Lucian Alliance. The planet was within the range of Destiny's Stargate when it dropped out of F.T.L. travel, but far enough from the pulsar to be safe from its deadly radiation.

Alliance soldier Varro convinced Dannic to put the crew off the ship rather than executing them when they gained control of the vessel. Suspecting his loyalty, Dannic also exiled Varro and those men who were loyal to him. Colonel Everett Young and 2nd Lt. Vanessa James led their people to a network of small caves about two kilometers from the Stargate to weather a very severe storm.

Within a few hours Dannic was dead, the ship had been retaken, and the exiles returned from the planet.

Though one of the Ancient seeder ships placed a Stargate on this planet, there is no evidence that it is or ever has been inhabited.

Intervention - Young and his people are exiled to a barren planet when the Lucian Alliance gains control of Destiny.