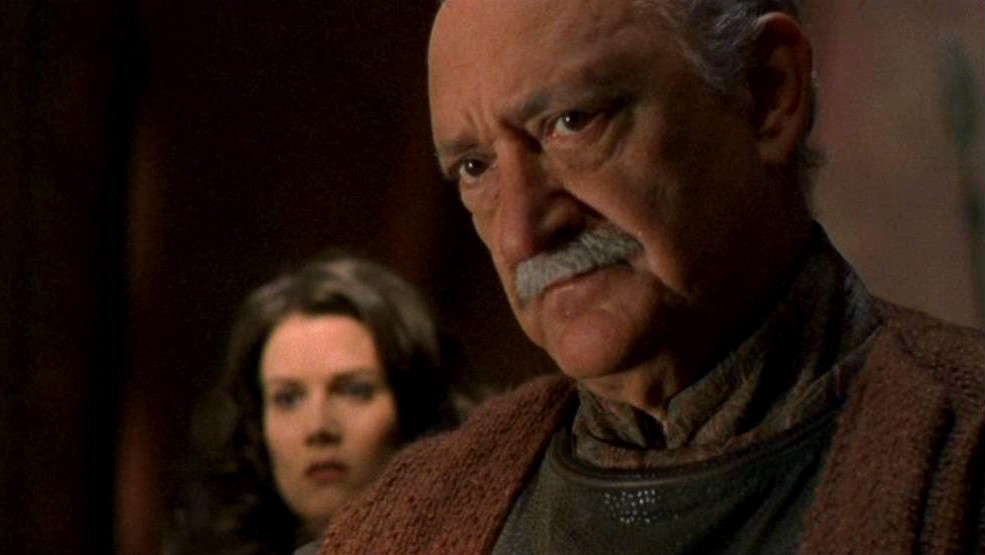 Leader of the people of P3R-636, father to Shyla. Pyrus reputedly once killed the Goa'uld who ruled the planet, and continued to mine naquadah and send it through the Stargate to the Goa'uld overlord in his place (in order to convince that Goa'uld that he was still in control of the mines).

He had been using the sarcophagus technology for many countless years, which begun to corrupt him. As a result of his long-term exposure to the technology Pyrus grew hard and heartless.

Pyrus was eager to gain new slaves to work in the naquadah mines, and when SG-1 arrived he immediately put them to work -- Dr. Daniel Jackson, who had just saved his daughter's life. Daniel pleaded with Pyrus to let his friends go, but everything he said drove the wedge between them even more. Eventually Pyrus reached a point where the sarcophagus would no longer rejuvenate him and he died. Shyla ascended to his throne, freeing SG-1.

Need - Pyrus captures SG-1 and forces them into the naquadah mines, only allowing Dr. Jackson to stay in his kingdom because Shyla has found interest in him.