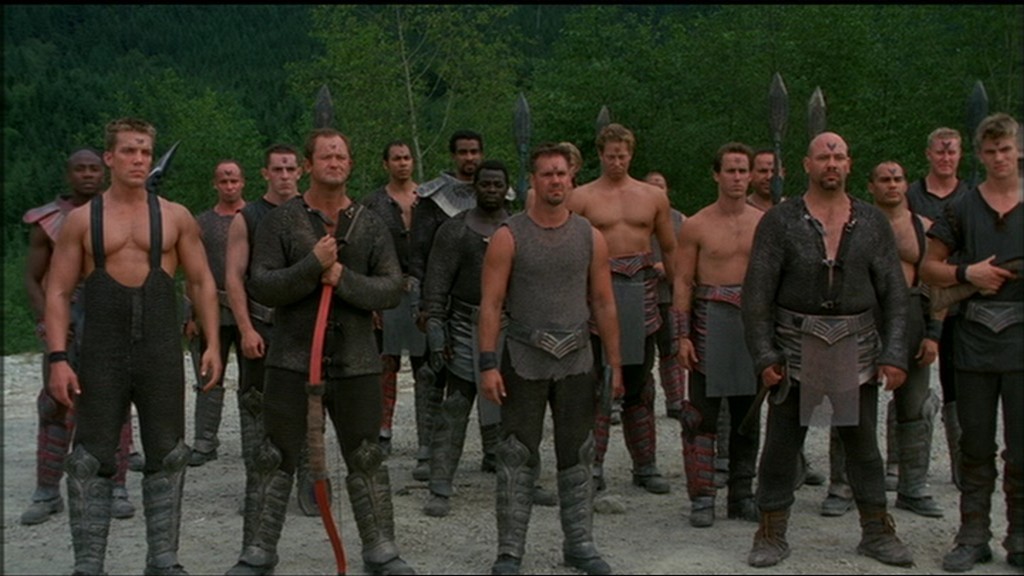 A rebel movement within the ranks of the Jaffa during the existence of the Goa'uld empire, scattered throughout the Goa'uld territories. The resistance was forged in large part by the efforts of Teal'c and Bra'tac. Thanks to Teal'c, the Jaffa Rak'nor was also an influential leader in the movement. When the Goa'uld were overthrown, the movement gave birth to the Free Jaffa Nation.

The group opposed oppression by Goa'uld, who would use Jaffa as their armies and incubators to their symbiotes. Their message was freedom from slavery, and that without them the Goa'uld were powerless. While the group succeed in winning many converts, they also suffered heavy losses at the hands of the Goa'uld and those Jaffa who remained loyal to the false gods. One gathering of the Jaffa resistance -- under the leadership of Kytano, who was revealed to be the Goa'uld Imhotep -- proved to be a trap, with dozens of their leaders massacred by Goa'uld forces.

The Jaffa M'zel was also a resistance leader, who led the Jaffa in withdrawing from Earth's Alpha Site, believing that they must build their own communities and learn to stand on their own feet before relying on allies.

Now the leaders of the once underground movement must forge a new government for their people, and continue to work to convince various Jaffa factions across the galaxy to cast off the old ways and embrace their freedom.

Into the Fire - Teal'c returns to Chulak to try and find followers, in an early effort to start a rebellion against the Goa'uld. He finds little success.
The Serpent's Venom - Teal'c goes to Chulak to negotiate with rebel leaders, but is betrayed by Rak'nor to the Goa'uld. He later convinces Rak'nor to join their cause.
The Warrior - Teal'c kills the Goa'uld Imhotep and takes his place as the leader of an established group of Jaffa rebels.
Allegiance - The rebel Jaffa find sanctuary at Earth's Alpha Site, but soon come into conflict with a group of Tok'ra refugees who arrive there.
The Changeling - The Goa'uld ambush a meeting of the resistance movement and massacre its leaders, with only Teal'c and Bra'tac surviving.
Birthright - SG-1 encounters the Hak'tyl resistance, a group of warrior women once under the rule of the Goa'uld Moloc.
Evolution, Part 1 - An ally of Bra'tac's, the Jaffa Adal kept the Tau'ri and rebel Jaffa presence on Ramius' planet a secret while they attempted to capture a Kull warrior.
Death Knell - M'zel tells Hammond that the resistance sent men to try and kill Olokun, in the hopes that afterward his Jaffa would join their movement. Following accusations that they leaked the coordinates to the new Alpha Site, the rebel Jaffa sever their alliance with Earth -- for the time being.
Reckoning, Part 1 - Teal'c and Bra'tac lead the Resistance in a bold move to take the holy city at Dakara, as a powerful symbol to Jaffa everywhere that the Goa'uld are not gods.
Reckoning, Part 2 - The Jaffa Resistance forges the Free Jaffa Nation, finally coming out of hiding after the defeat of the Goa'uld at the hands of the Replicators.