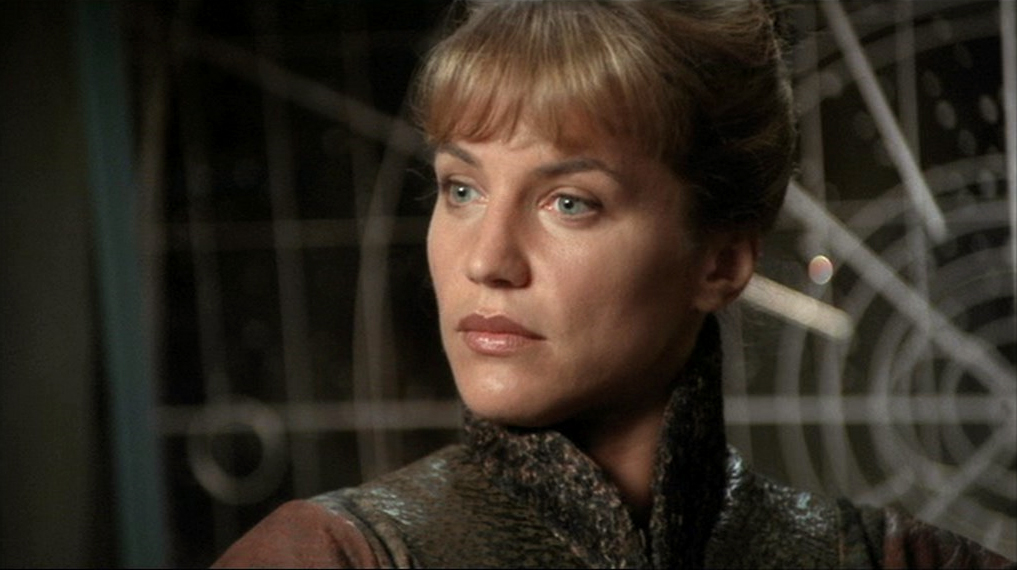 Tok'ra operative, member of the Tok'ra High Council, and ambassador to Earth in the absence of Jacob Carter / Selmak. When the plan to destroy the Vorash sun was a success, Ren'al traveled to Earth to report the news, regretfully informing General George Hammond that no trace of SG-1 or her fellow Tok'ra operative had been found.

Ren'al specialized in helping to develop the prototype symbiote poison, which was eventually used to dismantle the Goa'uld Zipacna's forces in orbit of Revanna, and presumably Zipacna himself. However, an aerial bombardment of the Tok'ra caves crushed and killed her before she discovered whether or not the poison was a success.

Ren'al carried the formula for the poison on a data crystal in her breast pocket, which Samantha Carter retrieved from the Tok'ra's fallen body. The crystal, taken back to Earth, would later be used to develop even more of the poison -- for good and ill.

Enemies - Ren'al travels to Earth to report unfortunate news, that no sign of SG-1 or Jacob/Selmak was found after the destruction of the Vorash system.
Summit - While trying to safeguard the symbiote poison formula, Ren'al is killed along with many of her race.