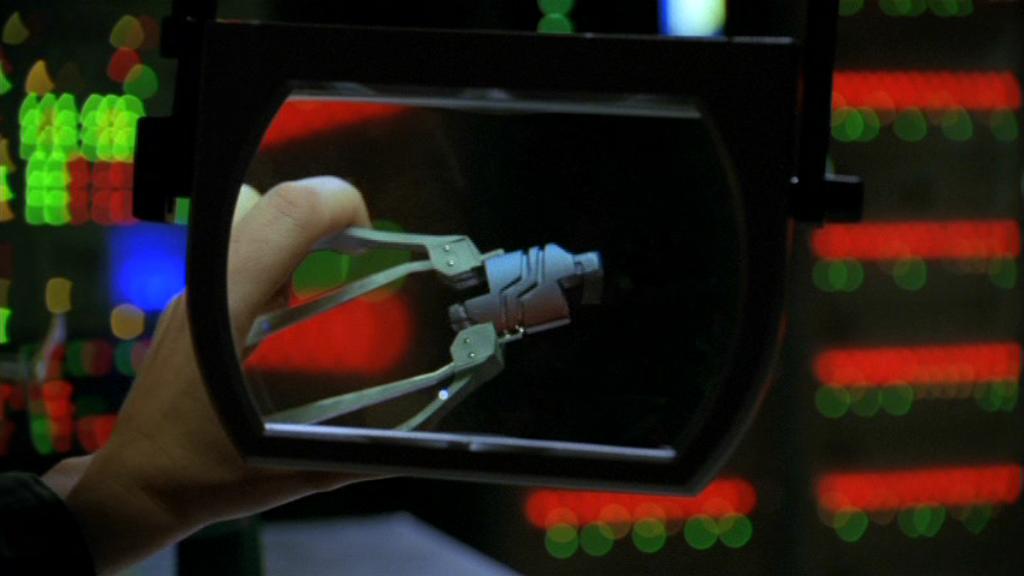 The building blocks of individual Replicators, each containing some two million isolated keron pathways. Replicator blocks provide the foundation on which any Replicator design is conceived (With the exception of humanoid Replicators, which are instead made up of microscopic nanites).

By their very nature the blocks are extremely durable and customizable, taking orders from an indeterminate source to assemble into any pattern which is required to achieve their objectives. The replicators make them by absorbing metals and other materials available in their environment.

Replicator blocks assemble to create any and all design of bug, as well as more rudimentary, but practical, configurations such as walls and barriers to keep out aggressors. They absorb plasma energy from staff weapons and the energy source of zat'ni'katels. However, they are prone to human weapons such as P-90's. Typically one shot is insufficient, as the blocks still have enough energy to reassemble usually once.

When energized, Replicator blocks emit a distinct energy signature, indicating they still have the ability to join. If this signature is missing then it's safe to say a block is "dead."

Nemesis - O'Neill, recently provided with weapons, takes a shot at a replicator to find its blocks burst apart, but then rejoin.
Small Victories - After Dr. Fraiser removes a piece of replicator block from Teal'c's back, Daniel realizes it is constructed from the alloys of the Russian submarine, indicating that if the creatures leave the boat for the water they will rust and die.
Menace - O'Neill recognizes several dormant blocks found on Reese's planet, signaling her connection to the Replicators.
New Order, Part 2 - Captured by Fifth, Samantha Carter is held within a wall of Replicator blocks on board their ship.