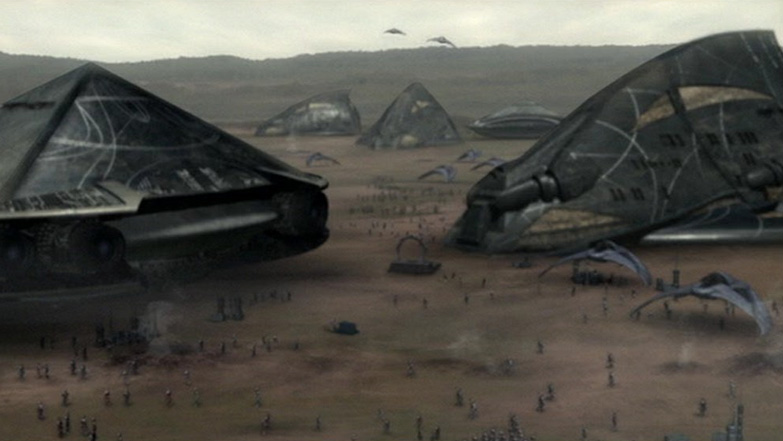 Temporary base for the Tok'ra resistance movement. After evacuating the planet Vorash, many Tok'ra rebels established the group's main base on the world of Revanna, a planet that is both grassland and deciduous. The base existed for about six Earth months.

The Goa'uld Zipacna discovered the location of the base by torturing a captured Tok'ra operative and assaulted the planet. The attack was devastating, killing every Tok'ra on Revanna. The movement survived only in the other bases, and in operatives who were away on missions.

Summit - SG teams visit Revanna to inspect Tok'ra operations, but find that Anubis's servant Zipacna has targeted the planet for destruction.
Last Stand - Desperate to escape, SG-1, along with Lieutenant Elliot/Lantash, travel through new subterranean Tok'ra tunnels to a communications relay to get help.
Fail Safe - SG-1 and a team of engineers return to a deserted Revanna to rebuild a damaged cargo ship.