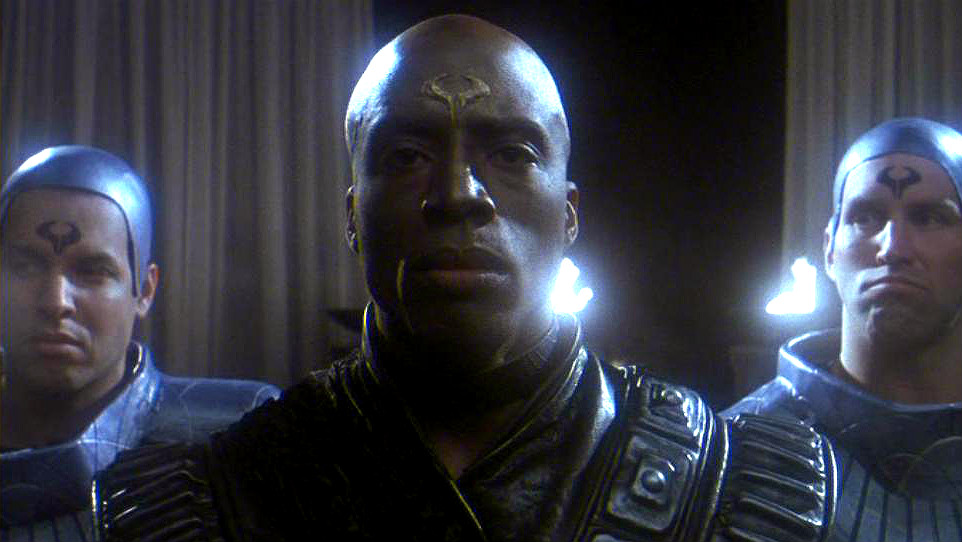 Father of Teal'c, who was once First Prime of Cronus. Ro'nac returned to his master in defeat, having fought a battle that could not be won. As punishment for his failure, Cronus reached into Ro'nac's symbiote pouch and crushed the Goa'uld within. The symbiote's natural poison secreted into his body and killed him -- a particularly cruel and painful death for failing his master.

Following his death Teal'c and his mother fled to Chulak, and Teal'c would swear revenge on his father's murderer.

Crossroads - While in a deep state of kelnorim Teal'c sees memories of his symbiote's queen, and the death of his father, Ro'nac.
Threshold - Teal'c remembers Apophis asking him of Ro'nac, who the god believed to be a coward, during his recession in the Rite of M'al Sharran.