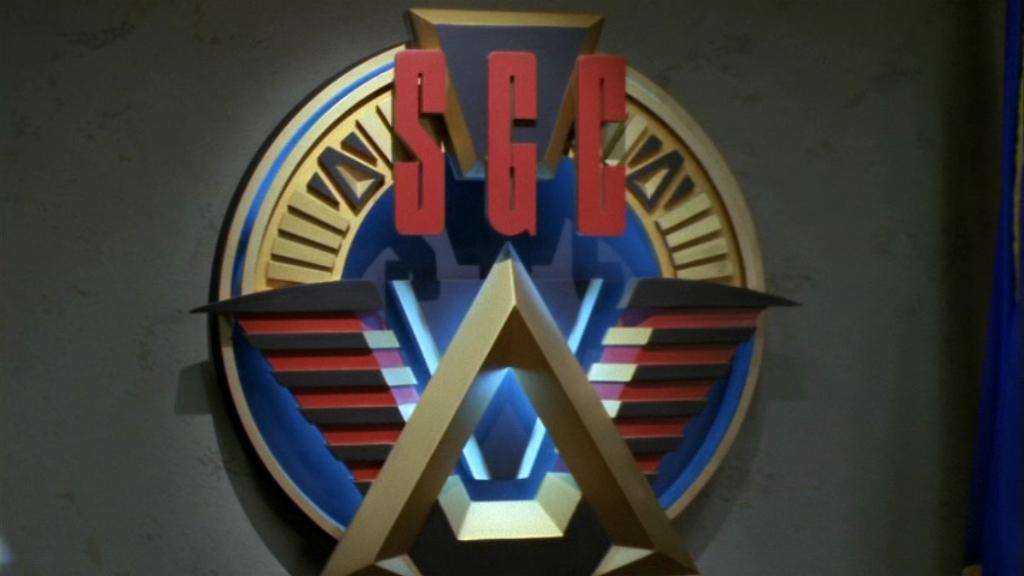 Earth's base of operations for off-world surveillance and reconnaissance through the Stargate, operated by the United States government. Nicknamed the "S.G.C.," the facility occupies several lower levels inside Cheyenne Mountain, beneath N.O.R.A.D.. The base operated under the command of Major General George Hammond for its first seven years. President Henry Hayes briefly replaced him with a civilian diplomat, Elizabeth Weir, who was replaced by the newly-promoted Brigadier General Jack O'Neill.

When O'Neill left the S.G.C. a year later, he was replaced by the base's third commander, Major General Hank Landry.

Stargate Command has been the central nexus for all interplanetary, intergalactic (and sometimes interdimensional) activity on Earth, cutting off knowledge of such events to the general populace as often as possible. It has hosted alien dignitaries wishing to broker treaties, as well as humanity's greatest enemies, such as the Goa'uld and the Ori.

The base contains a variety of different facilities on multiple levels, both for necessity and recreation, including:

The hub of all Stargate activity on planet Earth, the Gate Room is a square chamber at the base of the missile silo that runs the entire course of the mountain. Blast doors occupy opposing sides of the chamber. Above the Stargate is a retractable ceiling where a crain mechanism can hoist the device up or down.

Opposite the Stargate, the control room monitors all gate activity, from outgoing and incoming wormholes to a wide variety of detectable energy levels surrounding the device's function. Gate technicians, with duties both to monitor and control the dialing, are on watch 24 hours a day, in the event an off-world team must make an unscheduled return. There is no D.H.D. for Earth's gate, so the control room is a necessity. If required, a blast shield can quickly be lowered to protect the control room from attack or enemy fire through an incoming wormhole.

Adjacent to the General's office, the briefing room serves as a conference area for S.G. units, their commanding officers and the General of the base, as well as neutral territory for alien dignitaries. This room directly overlooks the entire Gate Room. An officer is often on duty at a small desk in the back corner, where base level displays are visible.

Across from the briefing room the General's office is directly accessible. Through a smaller version of the star map the base's commander can view the briefing room and the Stargate (if the blast door is raised), but still have enough privacy to carry out personal matters with officers or guests, and to fill out paperwork at his leisure.

Though there is a main armory at S.G.C., several smaller arms lockers can be found throughout the base. Often equipped with bullet-proof gear, P-90s and other Earth equipment, the armories can be stocked with alien weaponry, such as zat'ni'katels and staff weapons in the event an intruder cannot be disabled otherwise.

Whether electrocuted by the base's power grid struck by an errant staff blast, the infirmary is equipped to handle most needs relating to gate travel. It is even able to care for Goa'uld symbiotes. Several Chief Medical Officers, including Drs. Janet Fraiser, Brightman, and Carolyn Lam, have been stationed here.

Stargate travel is at worst risky, and at best uncertain. At least one configurable isolation ward is available on S.G.C. levels, though there are likely more. An observation lounge directly opposite the ward can hold several people to monitor the patient. High voltage can be routed through the outside corridor and into equipment in the room if the occupant is particularly dangerous.

In the event a threat does not pose a biological hazard to base personnel (or the population outside), standard holding cells of varying sizes number in the many at S.G.C. Large rooms can hold prisoners for interrogation from the opposite side, but smaller, single-occupant rooms are also available.

M.A.L.P.s and U.A.V.s have their own storage area where they can be serviced before and after missions. Several bays in the back of the room provide additional storage where the machines can be mothballed or quarantined until more adequate maintenance can be provided to them.

If for some reason the Gate Room and adjacent areas become too hazardous, room 1612-15 on sublevel 16 is available for officers who wish to monitor Stargate activity. Multiple monitors can relay information from cameras mounted anywhere in Stargate Command.

Perhaps the second most important object on Earth, this powerful mechanism is specifically designed to obliterate the Stargate and everything within Cheyenne Mountain in the event of an alien incursion (or some other circumstance where S.G.C. has lost control of the gate). Two officers are required to enter codes and turn their keys in interfaces on opposite ends of the device for the countdown to commence.

This system regulates power for various systems throughout the S.G.C., but particularly relating to the Stargate. A code must be entered to pass through the security fence and access the grid. If the Stargate's power systems are fluctuating, feedback is not an uncommon occurrence.

The kitchen primarily serves the commissary, open to all base personnel. Rotating foods vary from lemon chicken to colored gelatin. The base is stocked with several months worth of food stuffs (in the event of a lockdown). Food normally reserved for the commissary can also be delivered to guest quarters, and likely individuals under lock and key.

Basic spaces are available for the average guest, not unlike a typical hotel room. A bed as a centerpiece, flanked by two night stands, is offered to most individuals, including many of the base's higher-ranking personnel. Visitors from off-world, such as Amran delegates, are typically treated to these rooms, unless they possess enough clout to grant them otherwise.

Empty spaces can be reconfigured into V.I.P. quarters, where furniture and décor to the occupant's liking can be made available. Such accommodations are reserved for the likes of Goa'uld dignitaries, who prefer burning torches and drapes of opulent colors. The likes of Yu, Cronus, Nirrti and Nerus have been treated with V.I.P. status.

All Stargate personnel are provided locker rooms for pre and post missions, and to store civilian items. During the early years of Stargate Command the showers adjacent to the lockers were shared by both men and women, though were on schedule rotations. It is not known if this is still in effect, though SG teams share the same locker areas.

A basic space is reserved to personnel for recreation and down time. Weights, work-out machines and mats are provided for activities of varying difficulty, from boxing to table tennis. The gym likely occupies more than one space, as most of these items would clash with each other in such a close proximity. This space is also used for recovering officers who were recently injured.

Though a key member of SG-1, Samantha Carter is a scientist at her core. She maintains a small room where she occupies herself during her off hours from SG-1, helping Stargate Command further its knowledge of science and technology. It is here where she developed Earth's first naquadah reactor from Orbanian components.

Containing artifacts spanning centuries, Daniel maintains his reference materials on alien cultures and interfaces with the base's computer archive from his lab. His translations of Ancient and Unas languages, as well as his examination of materials recovered through the Stargate occurs in this room. Jonas Quinn of Langara made Jackson's lab his own during his absence.

Stargate Command reserves a number of storage facilities which can be converted into additional facilities. V.I.P. quarters are often configured in this fashion, as is meetings where the briefing room is an inappropriate or inadequate setting (such as the signing of the Protected Planets Treaty).

Children of the Gods - After an invasion from Apophis, the S.G.C. becomes the front line for Earth's Stargate program.
A Matter of Time - The Stargate connects to a world being destroyed by a black hole and, in the process, the complex suffers severe time distortions. Hammond orders the mountain evacuated.
Foothold - Stargate Command is overrun by an alien species bent on replacing the base personnel with themselves.
Chain Reaction - Hammond is blackmailed into retirement, and the base is nearly destroyed by radiation pouring through the Stargate after a failed experiment on another world by the S.G.C.'s new commander.
Death Knell - In what is perhaps one of the largest losses of life to date, the S.G.C. cannot account for 64 of its Alpha Site personnel following a devastating attack from Anubis.
Heroes, Part 1 - The outgoing President has Emmett Bregman film a documentary of the operations at Stargate Command.
Lost City, Part 1 - Newly-elected President Hayes removes Hammond from command, replacing him with Dr. Elizabeth Weir, who initiates a full, 3-month review of the program.
Lost City, Part 2 - The Goa'uld attempt to send the equivalent of a tactical nuke through the iris-locked Stargate. Even worse, Vice President Kinsey attempts to seize command when Dr. Weir does not follow his instructions.
New Order, Part 2 - Upon Jack O'Neill's promotion, he is assigned as the commander of the S.G.C.
Avalon, Part 1 - General Hank Landry has taken charge of Stargate Command following the departure of his friend Jack O'Neill.