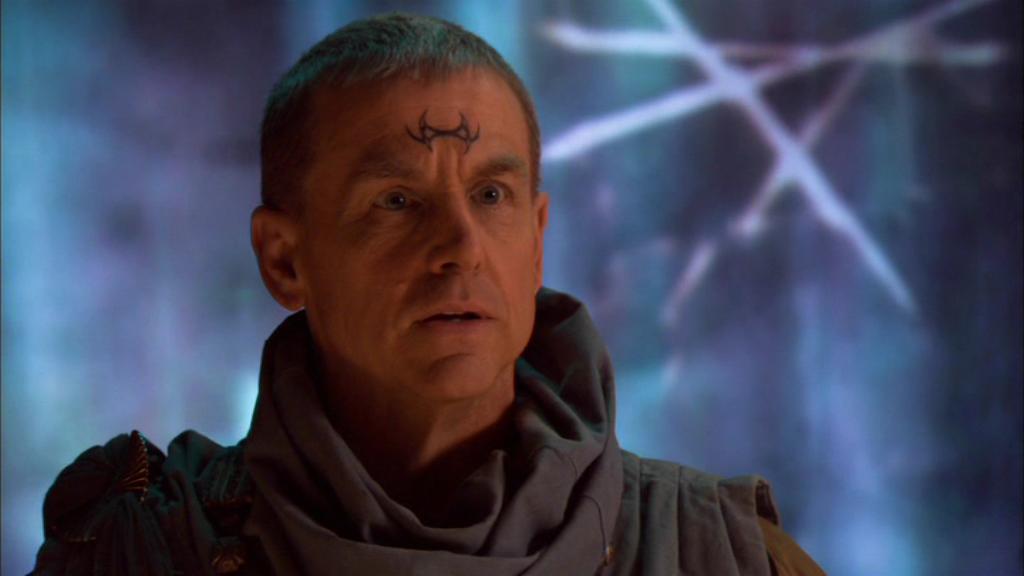 Appointed leader of the Jaffa High Council, formerly in the service of the Goa'uld System Lord Baal. Iron-fisted and self-righteous, Se'tak chose to take matters in his own hands against the Ori, nullifying a treaty with Earth which prevented use of the Dakara super-weapon for the council's own purposes.

Se'tak pointed the super-weapon at a human world where Ori missionaries were visiting, and used the device to wipe all life from the planet. SG-1, who had been visiting via the Odyssey, were beamed out before they could be destroyed as well.

With Jaffa master Bra'tac at his side, General Hank Landry visited Dakara to speak sense into Se'tak, who adamantly refused to quit using the super-weapon. Additionally, he chose to all but end the relationship between the Free Jaffa Nation and Stargate Command.

Se'tak, however, underestimated Adria, who had not been destroyed on the alien world. With information from a weak Jaffa soldier, she took her Ori warship into Dakara's orbit and obliterated the super-weapon and the entire Jaffa nation from space.

Counterstrike - Se'tak entertains an audience with General Landry of Stargate Command. Unwilling to release control of his super-weapon, he is unprepared when the Ori arrive and destroy the entire Dakara settlement.