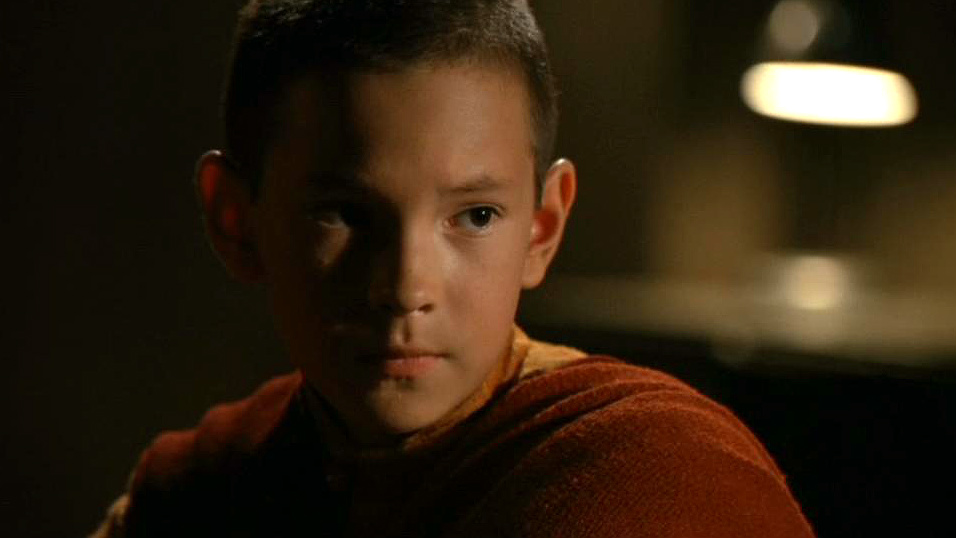 The Harcesis child of the Goa'uld System Lord Apophis and the Amonet-possessed Sha're, Shifu was created for the purpose of one day becoming Apophis's new host. He was genetically altered to rapidly accelerate in growth following birth, to make him ready for Apophis's use more quickly.

Daniel Jackson delivered the child and hid him away on Abydos and Apophis was told that his enemy Heru'ur had stolen the infant. A year later, the Goa'uld in Sha're returned for the baby (believing Apophis to be dead) and sent him away to the mythical and forbidden world of Kheb, with one of her handmaidens. There young Shifu came into the care of Oma Desala, a powerful ascended being -- one of the Ancients.

When SG-1 found him there, Jackson agreed that he would be better off under Oma's protection. Thanks to Apophis's genetic tampering, he quickly grew from an infant to a young boy. But he also grew wise, with instruction from Oma, who also helped him to ascend to a higher plane of existence, where he no longer has need of a physical body.

One year later Shifu returned to Abydos on the wind, hoping to learn of his mother, and went with Jackson back to Stargate Command. There he put Jackson in a dream state to "teach" him how dangerous is the genetic knowledge of the Goa'uld he possesses, which Jackson and the S.G.C. coveted. Shifu had buried the Goa'uld knowledge deep in his mind, having learned that the only way to defeat the evil was to deny it battle.

Shifu left through the Stargate in his ascended form, and presumably resides with Oma Desala on a higher plane.

Secrets - Shifu is born on the planet Abydos, where Daniel Jackson hides him from the Goa'uld amidst the local population. Apophis, his father, is told that the boy was taken by his enemy Heru'ur.
Forever In a Day - Amonet returns to Abydos for Sha're's son, and sends him to the forbidden world of Kheb with one of her handmaidens.
Maternal Instinct - Daniel finally finds the infant Shifu on the planet Kheb, but agrees that he will be safer in the care of his new guardian: an powerful, ascended being named Oma Desala.
Absolute Power - Shifu, artificially aged to be a young boy and himself ascended, visits Daniel on Earth to learn about his late mother. He teaches Jackson that the evil knowledge within him is too dangerous to use.