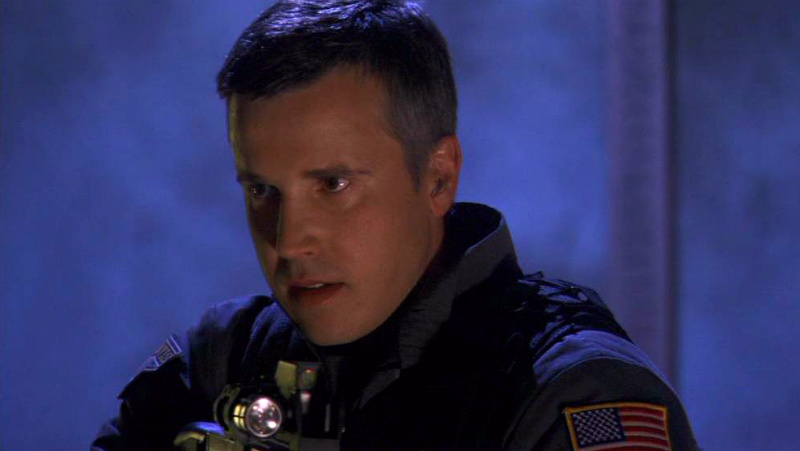 Sergeant in the United States military, and a member of the Atlantis expedition to the Pegasus Galaxy. Stackhouse was a competent pilot, and lead one of the new base's reconnaissance teams to explore other worlds. The Athosian Halling served as a guide to Stackhouse's team on some of these early missions, introducing the humans from Earth to the cultures of the Pegasus Galaxy.

Rising, Part 1 - Sergeant Stackhouse travels to the Pegasus Galaxy with the Atlantis expedition.
Rising, Part 1 - Stackhouse joins Major Sheppard's rescue team when some of their people are captured by the Wraith.
Hide and Seek - Stackhouse barely escapes a powerful alien entity that is loose in Atlantis, but Lieutenant Ford is not so lucky.
Thirty Eight Minutes - Stackhouse mans a Puddle Jumper station when it becomes lodged in the Stargate. Demolecularized behind the event horizon, Stackhouse is saved only when the team dislodges the ship so it can continue to Atlantis.
Suspicion - Halling tells Dr. Weir that he has been serving as a guide to Sergeant Stackhouse's team on off-world missions.