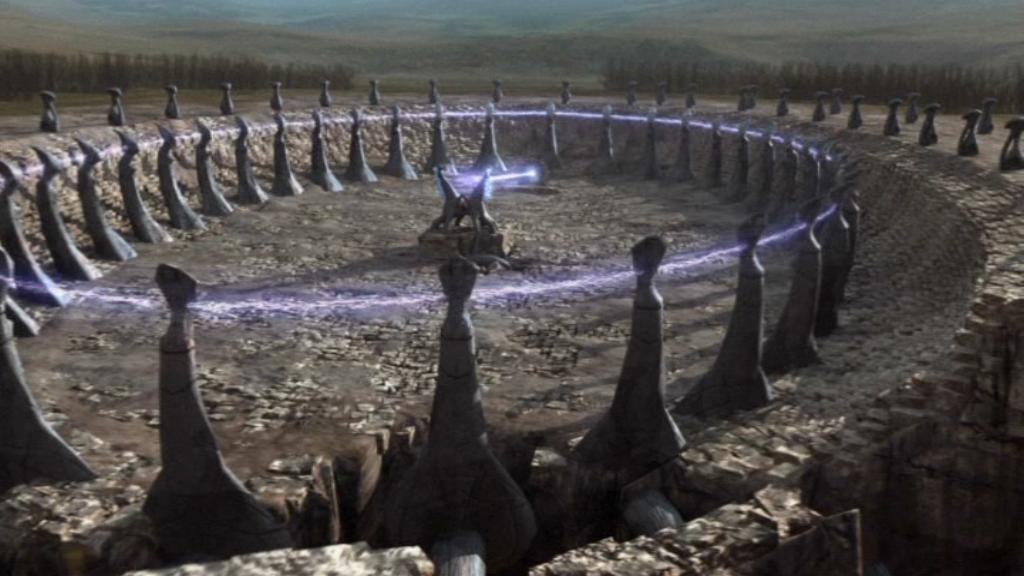 Weapon believed to be constructed by the Ancients, able to target another Stargate and turn the naquadah of which it is made into a deadly weapon.

The intended purpose of such a device is still unknown. It is possible it was once used as a passive means of eliminating Stargates from worlds the Ancients chose to no longer have access to, and was later reprogrammed by Anubis to be far more destructive. It's also possible the device itself was able to make a Stargate inoperative and not destroyed, in the event the targeted planet was taken over by hazardous foes or deadly materials, such as the great plague (preventing others from dialing this world).