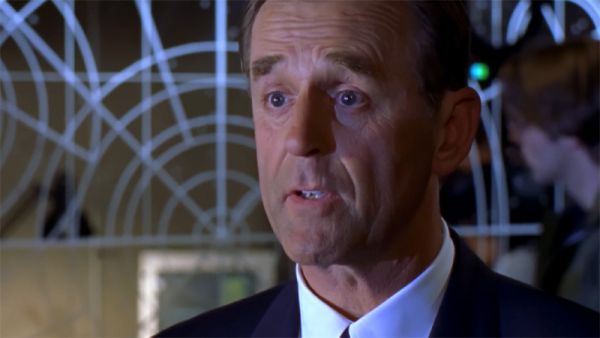 United States Secretary of Defense during Stargate Command's first year of operation. Swift was one of many behind the President who affirmed that the S.G.C.'s primary purpose for operating was to procure technology to help in the fight against the Goa'uld.

During his visit to the base nothing of any particular technological significance had yet been obtained. But the Secretary's interest was piqued when Teal'c spoke of a world where he believed existed a technology of invisibility -- the Fenri.

The Nox - Secretary Swift finds Teal'c's knowledge of a world hiding a technology of invisibility to be appealing.