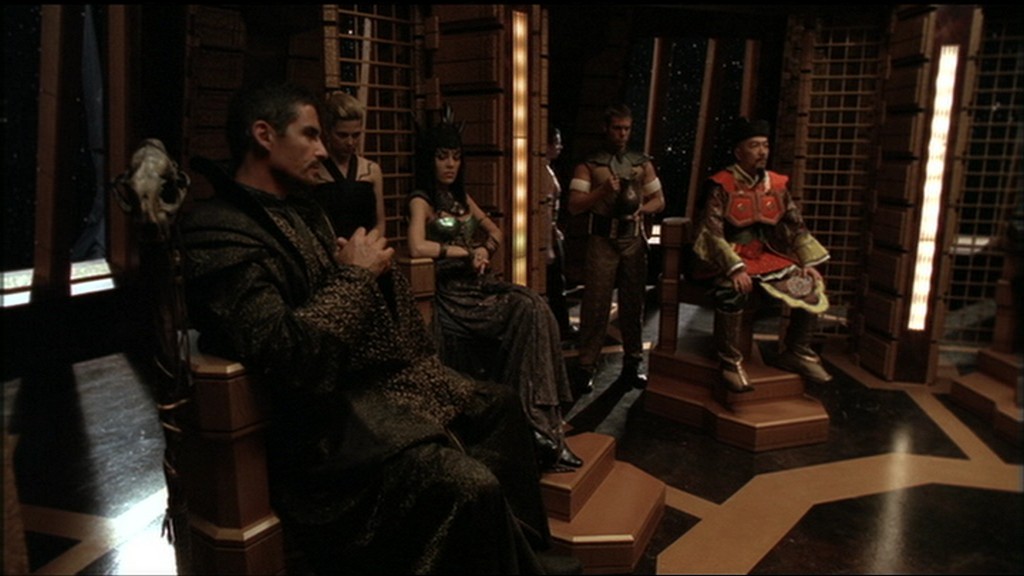 A summit where the highest ranking System Lords declare a temporary truce, mark neutral territory and join together in peaceful discussion. This occurs when the entire collective power is overcome by a problem, either outside their domain or from within.

The System Lords discuss the matter at hand and then vote. The vote does not have to be unanimous, and the decision swings on the majority who vote. Following each evening of the summit, the System Lords dine in a rather unusual feast.

Summit - The System Lords convene in the Hasara System to discuss a new rising threat within their ranks.
Last Stand - The summit continues, and the powerful Goa'uld make their decision.